How the Supreme Court Gene Patent Decision Will Affect Biotech 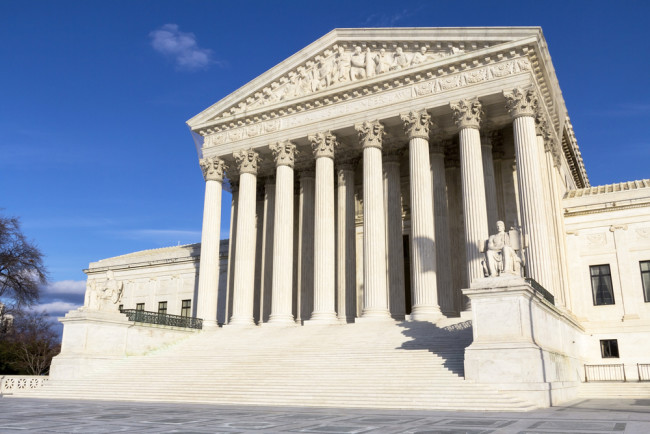 Naturally occurring human genes cannot be patented, the Supreme Court ruled unanimously today, paving the way for cheaper gene testing for patients. The decision centered on the BRCA1 and BRCA2 genes, mutated versions of which can dramatically increase an individual's risk of breast and ovarian cancer. Myriad Genetics, a Utah company, was the first to sequence those genes, and they patented the sequence in 1996. Since then, Myriad had enjoyed a monopoly as the only company that can provide a test for BRCA mutations.

Some of Myriad's BRCA patents are no longer legal, the justices ruled, because simply isolating a naturally-occurring gene from the human body didn't constitute creation of something “with markedly different characteristics from any found in nature”:

“It is undisputed that Myriad did not create or alter any of the genetic information encoded in the BRCA1 and BRCA2 genes. The location and order of the nucleotides existed in nature before Myriad found them. Nor did Myriad create or alter the genetic structure of DNA.” - Justice Thomas's opinion for the Court

However, the ruling wasn't all negative for Myriad. The Court ruled that synthetically produced genetic material known as cDNA

may still be patentable. cDNA itself is tenuously "natural"---it's basically the gene sequence minus the non-coding parts, or introns. To make cDNA, researchers take a cell's messenger RNA and, with the help of the enzyme reverse transcriptase, replicate the sequence with DNA's building blocks. "The lab technician unquestionably creates something new when cDNA is made,” Thomas wrote. That means that Myriad's BRCA patents involving cDNA are likely to survive, according to Reuters

. Myriad said in a statement that its BRCA tests are still protected by 24 different patents, presumably because these cover cDNA.

The future of patented genes

Myriad isn't the only party affected by the decision. The U.S. Patent and Trademark Office has granted patents on at least 4,000 human genes (either in natural or cDNA form) since 1982 to companies, universities and others, according to Reuters

published in March estimates that more than 40 percent of the human genome is now patented. Some of those patents will still stand---according to Nature,

because "many patents on DNA sequences claim cDNAs." But the justices were careful to say that today's ruling doesn't mean cDNA is in the clear: "We express no opinion whether cDNA satisfies the other statutory requirements of patentability," they wrote. The ruling that cDNA is potentially patentable allows companies to still reap financial rewards from isolating new genes. Since cDNAs are often useful in the lab, a patent protecting them could protect basic research and innovations in technique while at the same time hopefully introducing competition and lowering prices for medical uses of that research, such as gene testing. In fact, a division of Houston-based company Gene By Gene has already announced

today that it will offer testing for the BRCA1 and BRCA2 genes in the United States for $995. More such announcements are sure to follow. Read the full ruling of Association for Molecular Pathology v. Myriad Geneticshere