How the race, intelligence, and genetics question will semi-resolve within the next 10 years 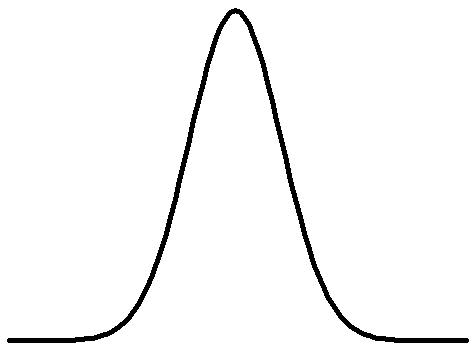 Prompted by my post Ta-Nehisi Coates reached out to Neil Risch for clarification on the nature (or lack thereof) of human races. All for the good. The interview is wide ranging, and I recommend you check it out. Read the comments too! Very enlightening (take that however you want). When it comes to this debate I have focused on the issue of population substructure, or race. The reason is simple. Due to Lewontin's Fallacy it is widely understood among the "well informed general public" that "biology has disproved race." Actually, this is a disputable assertion. For a non-crank evolutionary biologist who is willing to defend the race concept for humans, see Jerry Coyne. When you move away from the term "race," then you obtain even more support from biologists for the proposition that population structure matters. For example, a paper in PLoS GENETICS which came out last week: Analysis of the Genetic Basis of Disease in the Context of Worldwide Human Relationships and Migration. In other words, it is useful to understand the genetic relationships of populations, and individual population identity, because traits correlate with population history. Barring total omniscience population history will always probably matter to some extent, because population history influences suites of traits. If nothing in evolutionary biology makes sense except in light of phylogeny, much of human biology is illuminated by phylogeny. But that doesn't speak to the real third rail, intelligence. Very few people are offended by the idea of the correlation between lactase persistence and particular populations. Neil Risch says in the interview with Coates:

One last question. Your paper on assessing genetic contributions to phenotype, seemed skeptical that we would ever tease out a group-wide genetic component when looking at things like cognitive skills or personality disposition. Am I reading that right? Are "intelligence" and "disposition" just too complicated? Joanna Mountain and I tried to explain this in our Nature Genetics paper on group differences. It is very challenging to assign causes to group differences. As far as genetics goes, if you have identified a particular gene which clearly influences a trait, and the frequency of that gene differs between populations, that would be pretty good evidence. But traits like "intelligence" or other behaviors (at least in the normal range), to the extent they are genetic, are "polygenic." That means no single genes have large effects -- there are many genes involved, each with a very small effect. Such gene effects are difficult if not impossible to find. The problem in assessing group differences is the confounding between genetic and social/cultural factors. If you had individuals who are genetically one thing but socially another, you might be able to tease it apart, but that is generally not the case. In our paper, we tried to show that a trait can appear to have high "genetic heritability" in any particular population, but the explanation for a group difference for that trait could be either entirely genetic or entirely environmental or some combination in between. So, in my view, at this point, any comment about the etiology of group differences, for "intelligence" or anything else, in the absence of specific identified genes (or environmental factors, for that matter), is speculation.

In response to this commenter Biologist states (note, I know who this is, and they are a biologist!):

As Risch observes above intelligence is highly polygenic. There's a fair amount of genomic evidence for this now. In other words the likelihood is not high that we will be able to account for the differential distribution of IQ between any two populations by differences in allele frequencies. Even if we do find the allelic differences, they'll account for far too little of the variation in the trait. But there is another way we can get at the issues. Others have pointed out exactly how we can get more clarity on the race and IQ question before, so I'm not being original. And since I suspect that within the next decade this sort of analysis will likely be performed at some point somewhere because the methods are so simple, I might as well be explicit about it. Let's focus on the black-white case in the American context. On intelligence tests the average black American scores a bit less than 1 standard deviation below the average white American. As I've observed before the average black American is ~20% European, but there is variation around this value. Because the admixture is relatively recent (median ~150 years before the present) there is a wide range across the population of ancestry. In fact, the admixture is recent enough that siblings may even differ in the amount of European ancestry on a genomic level. An additional issue which is of relevance is that the correlation between ancestry and physical appearance in mixed populations is modest. By this, I mean that there are many individuals who are more European in ancestry in the African American population who have darker skins and more African features than those who have less European ancestry. Obviously on average more European ancestry predicts a more European appearance, but this is true only on average. There are many exceptions to this trend. At this point many of you should have anticipated where I'm going. If the gap between blacks and whites on psychometric tests is totally driven by genetic differences between Africans and Europeans, then the gap should be obvious between pools of individuals of varying levels of European ancestry within the African American population. It seems unlikely that it would be that simple (i.e., all driven by genes without any sensitivity to environmental inputs or context). Therefore I suspect some design where you compare siblings would be more informative. In a model where all of the between group differences are due to environmental inputs then genomic ancestry by geography within family should add little in terms of prediction of the phenotype. More plainly, when accounting for other variables which might correlate with ancestry (e.g., skin color), how African or European a sibling is should not influence outcomes on psychometric tests when looking at large cohorts of sibling pairs if those differences track nothing more than social construction/perception of race. If on the other hand there are many alleles of small effect distributed throughout the genome correlated with geographic ancestry which affect the final phenotype then adding ancestry as an independent variable into the model should be informative. This sort of indirect inference has already been performed with a character similar in genetic architecture to intelligence: height. Researchers have found that African Pygmies with more non-Pygmy ancestry are taller. Ultimately I say that this issue might semi-resolve, because I think a hereditarian position in terms of group differences is not going to be tenable if the correlations with ancestry do not run in the direction expected within admixed populations. This sort of model is relatively straightforward in its predictions, and appeals to parsimony. Trying to salvage it with non-additive genetic variance is going to complicate matters. In contrast, those who champion the opposite position often dispute the very characterization of intelligence as a trait in the first place, so I presume that they would still exhibit skepticism if there was a correlation between genomic ancestry and the trait. Addendum: I want to be clear: with the widespread availability of data sets and crappy security of said data sets this analysis is probably a few SQL joins away in 10 years.