How Satellites Are Peering Into Public Health Issues 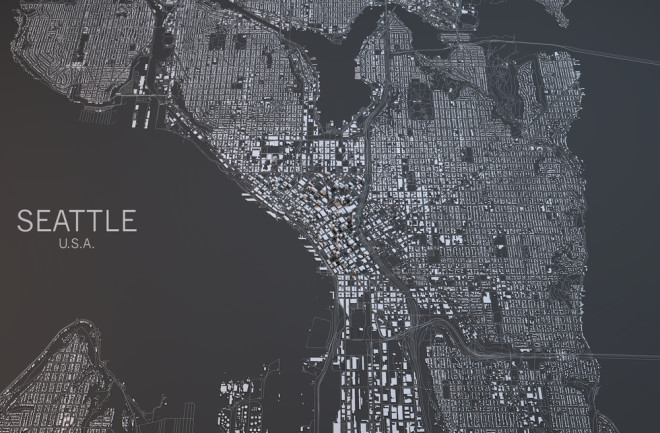 A view of Seattle, one of the cities included in the study, taken by satellite. (Credit: Naeblys/Shutterstock)

Scientists say they have a new way of measuring obesity — from space.

Can those jokes — it doesn’t have anything to do with individuals. Instead, researchers from the University of Washington took satellite maps of various U.S. cities and trained an AI to look for features of the neighborhoods that might be relevant to health. This included things like green spaces, housing density, gyms, fast food outlets and public transportation, and they paired this data with statistics on obesity from each location.

The end result was an algorithm that was able to parse out which features of a city were most likely to be associated with obesity. In all, the factors in their model could account for most of the obesity in a region, though it varied in accuracy somewhat between locations. Things like parks and gyms were unsurprisingly associated with low levels of obesity. But there were also unexpected ties, like neighborhoods with more pet shops are also home to thinner people.

The study was published last month on JAMA Network Open.

The data is both an argument for including more healthful spaces in cities and a potential aid to public health officials trying to decide where to target campaigns fighting obesity. The composition of built spaces in cities could be a clear giveaway that people are more at risk for being overweight.

Things like income matter as well. Cities or neighborhoods with wealthier occupants are more able to build and maintain things like parks, and might also have more gyms and fewer fast food restaurants. The map is just one of a number of factors public health officials need to consider, though it does offer a previously absent perspective on obesity risk. It’s also a much quicker way to assess whether a community might be at risk, as official estimates are usually a few years behind.

The model could also potentially be applied to other public health campaigns, such as those looking at disease prevalence. They could not only identify communities at risk, but perhaps uncover factors affecting disease outbreaks or public health we hadn’t even thought of.

More From Discover
Health
Is 'Expired' Milk Safe to Drink? Here's How to Know When to Throw Away Food
Health
Extreme Fatigue: 4 of the Longest-Lasting Sporting Events
Health
Walking vs. Running Benefits: Should You Walk or Run for Exercise?
Technology
What Is a Social Media Cleanse?
Health
What is the Purpose of Hiccuping?
Mind
Gut Bacteria's Role in Anxiety and Depression: It’s Not Just In Your Head
Recommendations From Our Store
My Science ShopDiscover STEM Kits
My Science ShopDiscover 2022 Calendar
My Science ShopStrange Science
My Science ShopElements Flashcards
Shop Now
Stay Curious
Join
Our List