How I got my genes tested, and the birth of Science Writer Disease Risk Top Trumps 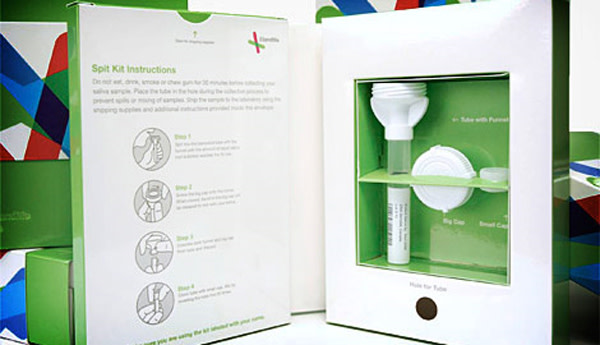 Thanks to genetic testing, I now know that If it were biologically possible to have a baby with Mark Henderson, Science Editor of the Times, that baby would be certain to have wet earwax. And he or she would definitely not have cystic fibrosis. Science! This is all in aid of a session at the UK Conference of Science Journalists exploring the world of genetic testing, hosted by Mark, Daniel Macarthur from Genomes Unzipped and others. As part of the session, various journalists were offered the chance to get their genes tested for free by one of the three leading companies providing such services. I had a brief chat to Daniel about it, got his recommendations, and signed up. Four days later, a testing kit from 23andme arrived on my desk. I knew that 23andme had recently swapped some samples in a technical blunder but after reading Daniel’s blog, I was convinced that it was unlikely to happen again. If it did, I would enjoy finding out that I was secretly a black woman. An hour later, I had delivered a dollop of my finest sputum into the tube they provided... and realised that I was only about a third of the way up to the fill-line. Doing this in the middle of the office was not a smart move. Ten further minutes later, and to a crescendo of laughter from my colleagues, the tube was full, sealed in a biohazard bag (I try not to take this as an indictment of my breath) and sealed in a Fed-ex envelope. Four weeks later, the results arrived. The whole process couldn’t have been simpler. In fact, it was perhaps too easy. Signing up to the 23andme site, verifying the code on my testing kit and preparing the sample took little more than an hour. I had to read and agree to documents that reassured me about the privacy of my information and provide consent to analyse my samples. The same documents warn about the possible psychological consequences of finding out your data and the limtiations of the resulting information (more on these later; meanwhile, I've uploaded the full consent form to Posterous so you can see it for yourself). Nonetheless,I was well aware of these risks. I could have found out that I have substantially high odds of developing life-threatening diseases. I could have discovered that I’m not actually related to my parents. This is not a bottle one can re-cork. But I grapple with issues of genetics and risk on a daily basis, both as a science writer and as part of my work at Cancer Research UK. I assumed that I would be sensible enough about my results to avoid any deterministic anxiety or any sense of false assurance. The results probably wouldn’t affect my behaviour in any material way and besides, my family history is (to my knowledge) largely free of any severe chronic illnesses. But to be honest, the biggest driver was an irrepressible curiosity. Mark Henderson said it best when he first took part in a similar test:

“Perhaps a few thousand of the 6.5 billion humans alive today have yet had the privilege of finding out so much information about the DNA that makes them unique. Here was my opportunity to become an early part of the genomic age.”

“If 23andMe is correct, then even though I have a high risk genetic variant, my overall risk of [glaucoma] remains low. If deCODEme is right, I have a one in three lifetime risk. And if Pathway is right, the population risk is low, but the peculiarities of my genome dramatically enhance my chances of getting it.”

These problems are inherent to the different companies, the tests they use and the information they provide. But further problems arise when that information enters the brains of the customers, where it often comes crashing against an inability to process information about risk. For all the careful phrases around risks and uncertainties, some folks are going to treat their report as nothing more than a sophisticated horoscope, given extra weight by the spectre of genetic determinism. For example, one brown-eyed community member was told that their genes predicted a high probability of having blue eyes with just a 1% chance of having brown eyes. They found the results “unsatisfying” and “confusing”. And this is a trivial example – the emotions that accompany a risk prediction for a severe disease must be even more potent, and especially so for people who aren’t well-versed in genetics. Clearly, some will need more help than others at interpreting their results and that help will come at a premium. Not every jobbing health professional will have the knowledge to advise people about the implications of their genetic tests. Specialised genetic counsellors exist and 23andme will refer you to one, but you pay for the service out of your own wallet. This comes on top of the standard cost of the test, which would set the average customer back by $499. I have mixed feelings about whether the cost is justified. The results are wonderful fodder for the curious and the confident but their limitations (especially for non-white ethnicities) prevent them from being of any obviously practical value to your health. This may change over time as more data flood in and the price starts to fall. But this doesn’t feel like a technology where there is a real benefit in being an early adopter. Best possible result: "Mutant X-gene detected. Increased risk of superpowers, protecting world that hates/fears you" Worst possible result: "Your ancestry is 50% Craig Venter" Updated because I didn't accurately reflect the contents of the consent statements, which I saved and are more informative than I remember, and on cystic fibrosis (see comment below)