How Effective Is the HPV Vaccine at Preventing Cancer? A Closer Look... 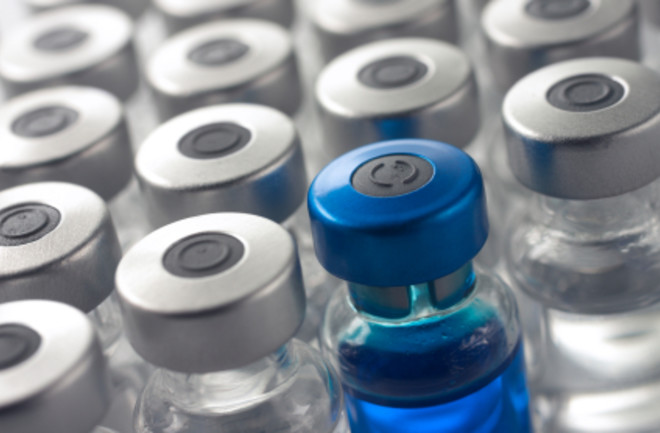 Although prevention of invasive cervical cancer is the main goal of prophylactic HPV vaccination, it is ethically unacceptable to use invasive cancer as the end point in efficacy trials. Cervical intraepithelial neoplasia grade 3 and adenocarcinoma in situ, which the International Federation of Obstetrics and Gynecology classifies as stage 0 noninvasive cervical cancers, are clinically important outcomes because they are likely to persist and may become invasive without treatment.

But Otis Brawley, chief medical and scientific officer of the American Cancer Society, says it is indeed possible, though costly and lengthy, to do such a test.

I would love to see a public health initiative to see this out [several decades]. You need to follow girls who get the vaccine at age 10 and then look at them and compare them at ages 40 and 50 to a cohort of girls who didn’t get the vaccine, and you should assess not just cervical cancer outcomes but the amount of testing and treatment that is necessary for both groups.

Of course, women in the study would be encouraged to get Pap smears and have any dangerous cervical lesions treated. But just as some women in the general female population get cervical cancer even under the current Pap screening regime, so too will some women in a long-term study. Comparing the placebo and vaccine groups will show the true long-term effectiveness of the vaccine. And a trial that looked at women vaccinated as adults, like the older subjects in the FUTURES studies, could provide some real-world results faster than Brawley’s example. Gardasil for Prevention of Head and Neck Cancer:Smith correctly points out that HPV-caused head and neck cancers are much more common in men than anal cancer (and seem to be on the rise), and she says Gardasil would be a good way to prevent those cancers. But on what evidence? Researchers at the National Cancer Institute and the CDC told the Wall Street Journal

that there’s no clinical-trial data showing the vaccine prevents cancer in males, andMerck said it “has no plans to study the potential of Gardasil to prevent these cancers.” Again, it’s biologically plausible that the vaccine will prevent oral cancers, but there’s no clinical evidence of that. What’s more, the evidence we do have suggests antibody titers may decrease faster in men than in women; Harper says the vaccine loses effectiveness against HPV-18

in 40 percent of men after two years, as opposed to five years in women. Other Researchers’ Questions About Vaccine Effectiveness: Many other experts have voiced concerns about the effectiveness, costliness, or potential side effects of the HPV vaccines, in public and in private. Here are a couple more examples:

A huge publicity & PR campaign (not counterbalanced by independent experts, scholars and the medical profession) has obscured the fact that millions of healthy teenage girls are being vaccinated under a promise: that vaccination programs will prevent cervical cancer---just a reasonable hypothesis, untested, which could easily be refuted. It is a huge mistake to vaccinate healthy persons under a promise. As a physician, I believe systematic, universal vaccination programs have a crucial role in our societies. And, hence, I deplore that the credibility of such programs is jeopardized by unbalanced commercial influences.

Despite great expectations and promising results of clinical trials, we still lack sufficient evidence of an effective vaccine against cervical cancer. Several strains of human papillomavirus (HPV) can cause cervical cancer, and two vaccines directed against the currently most important oncogenic strains (i.e., the HPV-16 and HPV-18 serotypes) have been developed. That is the good news. The bad news is that the overall effect of the vaccines on cervical cancer remains unknown. As Kim and Goldie point out in this issue of the Journal, the real impact of HPV vaccination on cervical cancer will not be observable for decades….

With so many essential questions still unanswered, there is good reason to be cautious about introducing large-scale vaccination programs. Instead, we should concentrate on finding more solid answers through research rather than base consequential and costly decisions on yet unproven assumptions.

---Charlotte J. Haug, editor-in-chief of the The Journal of the Norwegian Medical Association, in the New England Journal of Medicine

The burden of proof regarding any new intervention should be on “them that sells their wares.” Right now, the data from the manufacturer-sponsored studies are far from conclusive, which brings us back to the problem neatly summed up by Steven Nissen, a Cleveland Clinic researcher and FDA advisor who's seen many logical interventions that failed: “The road to hell is paved with biological plausibility

.” Let’s see the evidence first. Jeanne Lenzer (A side note on terminology: Smith says I called high-grade lesions “innocent cellular abnormalities,” which is incorrect. I used “innocent cellular abnormalities” to refer to low-grade lesions: grade 1 cervical intraepithelial neoplasia, or CIN1. The issue is that in the 2007 NEJM papers on the FUTURES trials, the vaccine seemed to disproportionately prevent those low-grade lesions and had a smaller effect on the high-grade lesions (CIN2 and CIN3 and adenocarcinoma in situ), as pointed out in a New England Journal of Medicine editorial

that accompanied the study. ("No efficacy was demonstrable for higher-grade disease, but the trial may have lacked adequate power to detect a difference [in FUTURES I]…the efficacy appears to be significant only for grade 2 cervical intraepithelial neoplasia; no efficacy was demonstrable for grade 3 cervical intraepithelial neoplasia or adenocarcinoma in situ [in FUTURES II].” But this disproportionate effect seemed to disappear in the later paper

that included the end-of-study FUTURES data, so it's not as big a concern as the points previously mentioned. [Ed note: Due to a production error, the original post linked to the wrong skeptical editorial in the NEJM. These quotes are from the right one.])

Jeanne Lenzer is a medical investigative journalist and frequent contributor to the British medical journal BMJ. Her work has been published in The Atlantic, The New York Times Magazine, Newsweek Japan, and many other outlets.