How Doctors Can Ethically Harness the Placebo Effect 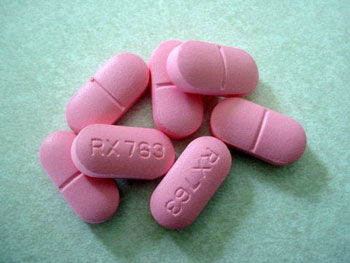 Howard Brody, MD, PhD, is the John P. McGovern Centennial Chair in Family Medicine and Director of the Institute for the Medical Humanities at the University of Texas Medical Branch, Galveston.  For years, doctors thought that placebos like sugar pills were totally inert, just something to be given out to mollify a demanding patient without any expected health benefits. Gradually, both physicians and medical researchers came to realize that such treatments can sometimes cause substantial improvement of symptoms, even when there’s no chemical or other biomedical explanation for what occurs—a phenomenon called the placebo effect. In a recent commentary

in the Journal of Medical Ethics, Cory Harris and Amir Raz of McGill summarize the data from recent surveys of physician use of placebos in clinical practice in several nations. They find that prescribing drugs like antibiotics or supplements like vitamins as placebos is now a widespread practice. This is happening without any public guidelines or regulations for placebos’ use, which raises an important question: How, exactly, should physicians be using the placebo effect to help patients? This discussion is necessary because the understanding of the placebo effect is changing, and fast. In the past decade, scientists have used brain-scanning to see just which parts of the brain, and in what order, become active when a patient takes a placebo pill for various conditions. Other investigators have looked more closely at the treatment environment and sorted out what parts of that environment rev up a placebo response. For example, seeing a nurse inject a painkiller into your IV line gives you roughly twice as much pain relief as having the same dose of medicine administered by a hidden pump. Getting acupuncture treatment from a warm and friendly practitioner works better than the same treatment from a cold, distant one. There’s even some preliminary evidence to suggest that patients experience positive placebo effects even when told frankly that the pills they are taking are placebos

, with no active chemical ingredients. This research—and perhaps personal experience—has changed the way doctors view the importance of their patients' mental states. Surveys from 20--30 years ago found a general belief among physicians that placebos were completely inert and powerless, and that if any good effect occurred, it was only in the patient’s imagination. The newer surveys, one of which I participated in

, show a small revolution in physician thinking about mind-body relations. Physicians today generally agree that placebos can actually have a positive effect on the patient’s body, and that mind-body medicine “works.” That’s important, and has not been sufficiently noted. If placebos work, what are the implications for daily medical practice? I agree with Harris and Raz that physicians and patients shouldn’t think that just because these surveys show they are widely used, so-called “impure placebos”---like antibiotics or vitamins given to people without bacterial infections or vitamin deficiencies---are now just fine. There are at least two reasons to be very wary of prescribing impure placebos. First, you don’t want to sow false ideas: Will patients understand that this drug is indeed intended solely for its mind-body effect? Or will patients continue to be miseducated that antibiotics are good for colds (they are not) and that everyone should take vitamins for extra energy (they should not)? Patients should be able to trust their physicians as sources of up-to-date, valid medical information. False ideas about what works in medicine lead to the second problem. There are real risks---several of the categories of impure placebos favored in some of the recent surveys, namely antibiotics, sedatives, and analgesics, can cause serious adverse reactions. Most studies of the placebo effect suggest that it’s an iffy sort of thing; it may occur when you want it to, or it may not. To expose a patient to a low but real chance of harm to secure an uncertain benefit seems highly questionable, especially without something resembling real informed consent or shared decision-making. Knowing all this, let’s ask what a physician would have to do, to maximize the chances that either a pure or an impure placebo would work for the patient’s benefit. As I read the current research literature, (and as I wrote about a decade ago in

The Placebo Response: How You Can Release Your Body’s Inner Pharmacy for Better Health

), the physician would do several things. She’d listen carefully to the patient and be sure to explain the patient’s medical problem in easily understandable terms. She’d demonstrate care and concern while doing so. She’d help the patient feel more hopeful about and in charge of the bothersome symptoms. And she’d do everything possible to create positive expectations about the effects of the treatment. All these are proven ways to turn on the mind-body pathways that we believe to be implicated in the placebo response. So my question is—why not do all that anyway and avoid giving out phony pills at all? It does not matter whether the preferred treatment for the condition is a pill or other therapy that really works via chemical or physiological means; or just waiting it out and drinking lots of fluids; or getting more exercise. Whatever treatment—pharmaceutical or otherwise—that the physician is going to recommend, it can be accompanied by the same mind-body “pep talk”. What you are left with, then, is no patient deception, and little risk of any serious drug side effects; rather you are left with an excellent patient-physician relationship. That’s (so far as we know) the best way to stimulate a positive placebo response. It’s also what all patients deserve, and would deserve even if we had never heard of the placebo response. Two ancient articles about the placebo effect drive this message home in an eloquent way. One, the title of a medical journal article of 1938 (forgive the sexism of the day), is “The Doctor Himself as a Therapeutic Agent.” The other, a comment in a 1953 paper, is: “The physician is a vastly more important institution than the drug store.”