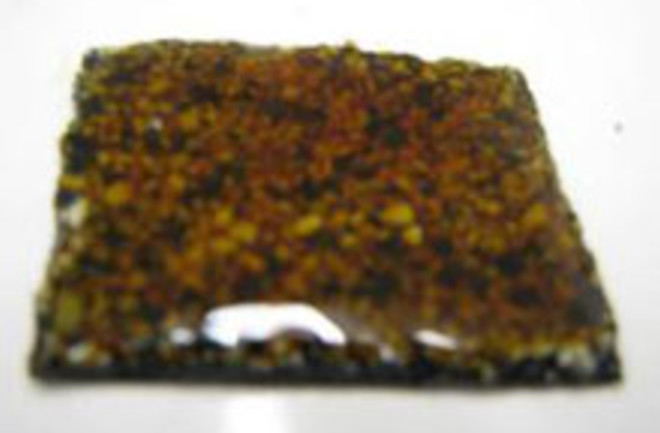 What's to be done with the waste oil left behind in fast food restaurants after all the French fries, onion rings, and chicken nuggets have been sizzled to perfection? While many enterprising tinkerers use the stuff to run modified cars, one group of scientists is hoping to use fast food waste oil in an entirely new way: They want to turn it into a "smart roof coating system" that would help keep houses warm in winter and cool in summer. Presenting the idea at a meeting of the American Chemical Society, project leader Ben Wen from United Environment and Energy says the waste oil can be turned into a high-tech polymer that reacts to the environment. Wen notes that most houses traditionally have light or dark roofs, depending on their geographic location. People who live in warm locations typically have white roofs (think of those Grecian islands) to reflect the sun's heat and help keep the homes cool. Colder places typically have houses with darker roofs to absorb heat in the winter and warm the home. But what about those people who live in regions that have both punishingly hot summers and frigid winters? For them, Wen set out to make a roof coating that changes function with the seasons. To make the roof coating, fast food waste oil is processed into a liquid polymer that hardens into a plastic after application. At a certain temperature, the roof coating undergoes a "phase change," and switches from heat-absorbing to heat-reflecting. (Wen wouldn't go into more detail about the science behind this cool trick, to the frustration of one science reporter.) The non-flammable, non-toxic material is also odorless--in contrast to some waste oil biodiesel blends that can have a distinct odor of fried foods. CNET reports: When tested the new roof coating showed a decrease between 50 and 80 percent in warm weather when compared to regular asphalt shingles, and an increase in roof temperature by 80 percent in cold weather. PhysOrg adds:

Calling it the "most innovative and practical roofing coating materials developed to date," Ben Wen added that the new technology would also "provide a new use for millions of gallons of waste oil after it is used to cook French fries and chicken nuggets." Related Content: Discoblog:The Secret to Why French Fries Smell So Good: Ironing Boards? Discoblog: Just Like Humans, Crows Embrace Junk Food…and Pay the Price 80beats: Dow Says Out With Solar Panels, In With Solar ShinglesImage: Ben Wen