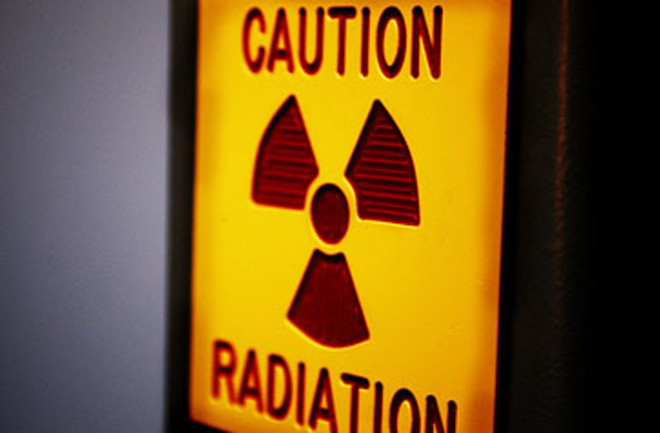 Should we be strapping these to our torsos?

We’re all a little bit radioactive now. Thanks to atom bomb tests in the mid-20th century, it’s possible to use radioactive (but harmless) carbon-14 to date not only bristlecone pines and putative Noah’s Arks but also, in a recent Karolinska Institutet study, Grandma and Grandpa’s artery fat.

The technique used in this study—radiocarbon dating—is widely employed by archaeologists and geologists to determine when organisms like fossilized trees or plants lived. All organisms absorb carbon-14 along with normal carbon-12 in a ratio that mirrors how much of each type is present in the atmosphere. (Carbon-14 is produced naturally in the upper atmosphere by cosmic rays, and then mixes throughout the atmosphere and into the oceans.) When an organism dies, the carbon-14 starts to decay at a known rate—half the atoms become nitrogen-14 in about 5,700 years—and the amount left in the tissue when it’s dug up can be used to back-calculate its age.

The above-ground atom bomb tests of the Cold War era raised the amount of carbon-14 in the air; after the tests stopped, atmospheric radiocarbon declined at a very precisely recorded rate. Using this information, scientists have begun to use carbon-14 to tell when tissues removed from bodies, like carotid artery plaques in the recent study, were formed.

In the Karolinska study, scientists used carbon-14 dating to deduce that fatty plaques taken from patients’ arteries had formed over the last ten years, give or take three, which is great news for those arteries and their owners: the plaques formed much later than the researchers expected, meaning that lifestyle or pharmaceutical interventions might still be helpful late in life.

The precision of the study might seem shocking to carbon-dating aficionados—the technique usually has an error margin of several decades, at best—but the giant changes in and careful recording of carbon-14 levels over the past 70 years means that dating of recent objects and events can be pretty specific. In fact, it can be used to accurately determine year of birth and year of death for people born since the bomb tests, give or take a year, according to a report published in 2009 (pdf).

Barring another round of open-air nuclear explosions, in a few decades the level of carbon-14 in the atmosphere will return close to its baseline level, taking one tool away from cardiologists of the future. But that’s probably worth not having a nuclear war, isn’t it?

More From Discover
Health
What Science Says About the Weight-Loss Potential of The One-Meal-a-Day Diet
Health
Walking vs. Running Benefits: Should You Walk or Run for Exercise?
Technology
What Is a Social Media Cleanse?
Health
What is the Purpose of Hiccuping?
Mind
Gut Bacteria's Role in Anxiety and Depression: It’s Not Just In Your Head
Mind
What Psilocybin Psychedelic Mushrooms Are Teaching Us About Human Consciousness
Recommendations From Our Store
My Science ShopDiscover STEM Kits
My Science ShopDiscover 2022 Calendar
My Science ShopStrange Science
My Science ShopElements Flashcards
Shop Now
Stay Curious
Join
Our List