How A Good Gut Bacteria Became A Vicious Pathogen 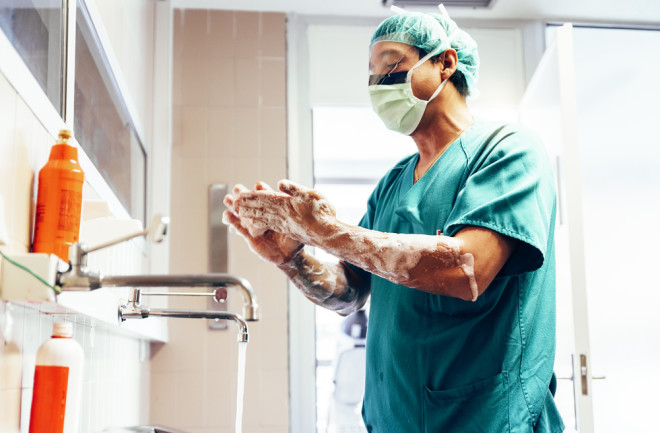 (Credit: Santypan/Shutterstock) In 1984, bacteria started showing up in patients’ blood at the University of Wisconsin Hospital and Clinic. Bacteria do not belong in the blood and such infections can quickly escalate into septic shock, a life threatening condition. Ultimately, blood samples revealed the culprit: A microbe that normally lives in the gut called

had somehow infiltrated the patients’ bloodstreams. Doctors typically treat infections with antibiotics, but these bugs proved resistant to the drugs. The outbreak in the Wisconsin hospital lasted for four years. Now researchers have finally figured out how this friendly gut bacteria morphed into a vicious pathogen in the blood. The discovery shows not only how the bacteria evolved new ways to survive in an environment entirely different from the gut, but it also shows how E. faecalis skirted both antibiotics and the immune system and sparked the outbreak.

In hospitals, enterococcal bacteria — commonly found in our guts— spread from patient to patient after someone inadvertently touches something that's come in contact with another patient's feces and then they swallow it. Hospital patients are often on antibiotic treatments, so their guts are vulnerable to invasion from outsiders. Enterococcal bacteria take advantage of this opportunity and multiply in the lower intestine. Then the bacteria leak across the lining of the gut into the bloodstream. And, because the bacteria virtually never pass between people via blood-to-blood contact, these bacteria that entered the bloodstream had to adapt new traits from scratch in every single patient to survive. Michael Gilmore, a microbiology expert at Harvard Medical School in Boston, Massachusetts, wanted to figure out how the enterococcal bacteria learned to survive in the bloodstream and against the antibiotics. So he and a team of researchers isolated the bacteria’s DNA from patient samples that were collected both immediately before and during the outbreak in the '80s. The scientists then compared the bacteria's genomes using tech not available decades ago.

The comparison revealed bacteria from the outbreak had genomes that were 10 percent larger than pre-outbreak bacteria, the researchers report Wednesday in the journal Science Translational Medicine. The outbreak bacteria also had mutations that enabled the bugs to reinforce the walls of their cells with sugar molecules called glucose. The change made the bacteria less sensitive to the antibiotic ampicillin and to attacks from the immune system. When hospitals began administering a new antibiotic called imipenem, the bacteria took on a different adaptation to survive. This time, the bacteria ramped up production of the antibiotic’s target, making the cells more resistant to the drug. The finding means the antibiotic likely spurred the changes in the bacteria that rendered them resistant to the drug. “The work ... shows new ways that enterococci are able to change their cell walls to make them even less susceptible to killing by antibiotics and immune system factors,” Gilmore said. “New antibiotics will have to account for this ability.”