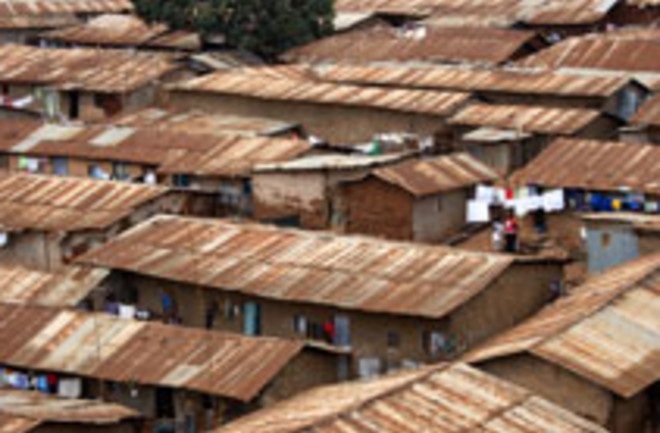 New genetic evidence shows that people were first infected with the HIV virus around the beginning of the 20th century, and researchers say the virus was able to take hold in human populations because of the growth of colonial cities in sub-Saharan Africa at that time. The evidence comes from a newly discovered tissue sample taken in 1960 from an HIV-infected woman who lived in Leopoldville–the city now known as Kinshasa, the capital of the Democratic Republic of the Congo.

Lead researcher Michael Worobey says that the virus may have crossed over from chimpanzees to rural humans repeatedly in the timeframe he identified, from 1884 to 1924; however, it didn’t take off in human populations until people in sub-Saharan Africa crowded together in cities. When the team looked at the region’s political history, they were struck by parallels between HIV’s spread and population expansion. The first major cities – Kinshasa, Douala, Brazzaville, Yaounde, Bangui – were founded by European colonialists in the late 1800s. Their populations started booming around 1910. “I was stunned by the timing,” says Worobey. “I would bet that cities, and the high-risk [sexual] behaviours found in them, are necessary to allow one of these sporadic viral jumps to get a toehold in the human population” [New Scientist].

The new study, published in Nature [subscription required], builds on an earlier study that identified an HIV sequence in a blood sample taken from a Leopoldville man in 1959. Researchers compared the two genetic sequences and found that they differed by about 12 percent, suggesting that the virus had already been evolving in humans for many years. “In HIV, genetic difference equals time,” said [virologist Beatrice] Hahn. Based on the rate of viral mutation, that means the two viruses in those samples had a common ancestor at least 50 years earlier, she explained [The Scientist].

While researchers are getting closer to the earliest human infections with the main strain of HIV, known as HIV-1, Hahn says they may never find out exactly how the virus crossed from chimpanzees to humans. She and her collaborators previously tracked the likely source of HIV-1 to chimpanzees living in southeast Cameroon, hundreds of kilometres from Kinshasa, and it is tempting to hypothesize that trade routes contributed to the virus’s infiltration of the city. But even by 1960, HIV-1 had infected only a few thousand Africans. It is unlikely that it will be possible to track down samples from the very earliest victims, Hahn notes [Nature News].

Beatrice Hahn discussed where HIV may have come from in the DISCOVER interview “Fighting AIDS, Protecting Primates.”