Researchers found nine compounds that bacteria could've always made, if only we'd known how to ask. 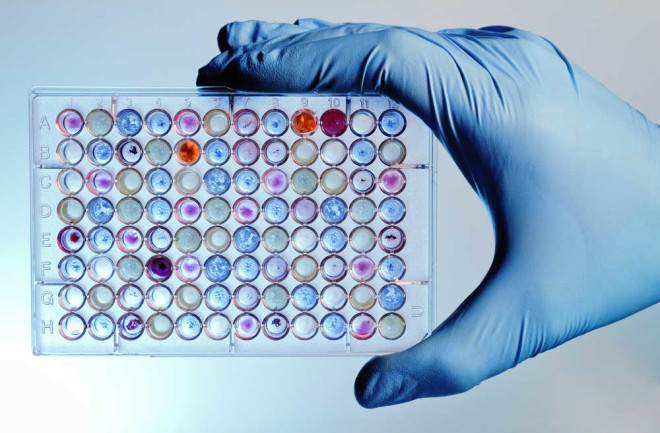 More than half of all new drugs in the U.S. are made from compounds found in nature. These so-called secondary metabolites are produced in the cells of plants and microorganisms like bacteria. You certainly know the most famous ones: household names like caffeine, aspirin and penicillin. There’s the lycopene in tomatoes, resveratrol in grapes, and don’t forget the cocaine in coca leaves or the morphine found in poppies. Now, scientists have figured out a new way to tap into a major source of these compounds, which could hold promise for future drug development. The new method has already revealed nine new compounds, one of which has strong antiviral properties.

In nature, secondary metabolites are produced for some biological function. They can give a flower a red color that attracts hummingbirds, give a plant a bad taste so it won’t get eaten, or provide bacteria with a powerful weapon against rival bacteria. The latter is where many antibiotics come from.

Sometimes, an organism produces these secondary metabolites only some of the time, if it’s triggered by something. In these cases, the organism has the instructions on how to make the compound in its DNA, but it’s switched off. Until something happens to it that turns it on.

Before this new development, scientists could only study these “silent” secondary metabolite compounds through complex genetics work. For example, they might have to start by sequencing an entire bacterial genome. From there, they could figure out which genes had unknown functions. Then to study the mystery genes, they could transfer them, one by one, into a different bacteria and try to turn them on. This process was incredibly slow and arduous.

That’s why chemists Fei Xu and Yihan Wu wondered if they could speed this up. The Princeton University group recently published their work in Nature Chemical Biology.

They built on a method developed in 2014 by Mo Seyedsayamdost, the leader of the research group, called elicitor screening. Put simply, it’s a way of exposing bacteria to various compounds to see what elicits a response.

“The limitation is sometimes we find elicitors and can activate the gene pathways … but it’s hard for us to find the real products, the real compounds” says Xu. He explains that simply figuring out how to “turn on” the gene doesn’t give a straightforward answer on what secondary metabolites will be produced.

“So to solve this problem, so we wanted to find a new method that can just skip this step,” says Xu. In other words, without doing any genetics work, just trigger the genes to turn on and measure the compounds that get made at the end.

So they ramped the elicitor screening idea way up. They figured out a way to throw 500 of these potential gene triggers at multiple strains of bacteria, individually and in combination, and then screen for all the secondary metabolite compounds the bacteria produced in response.

A New Source for Potential Drugs

It not only worked — it was incredibly fruitful. The group identified nine new secondary metabolites. That’s nine compounds new to science, that already-known bacteria were capable of making all along. Scientists had just never triggered them in the right way.

What’s more, they found that one of the new compounds tested well as an anti-viral against respiratory syncytial virus (RSV). You’ve probably had RSV before — it’s an incredibly common source of illness that causes cold-like symptoms and can be particularly problematic for infants and the elderly.

The next steps, says Seyedsayamdost, will be twofold. They’ll crank through additional bacteria strains to see if they find even more compounds. And, of course, there’s much more to do to “explore the bioactivities of the compounds we already discovered toward potential therapeutic applications.”