Here's where all the magic happens 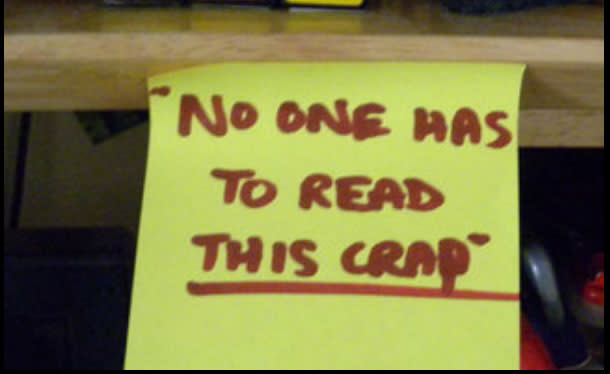 And by magic, I mean mixed metaphors, endless hours on Twitter, and tears. The Open Notebook has a series called Natural Habitat, which looks at the space in which science writers work. I, perhaps foolishly, agreed to take part in it. You can find the resulting video and photos here, featuring the local pub, treelancing (TM), and a cuddly giant squid.