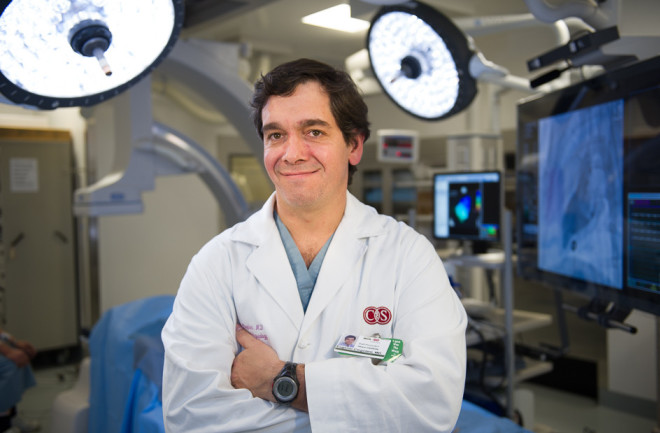 About 700,000 times a year, surgeons slice a pocket into someone’s chest, implant a battery-powered device and thread electrical leads into the heart. Such pacemakers allow malfunctioning hearts to beat steadily, keeping patients alive.

But in rare cases, the devices can cause infections when implanted, and batteries don’t last forever. What if the body could be coaxed into making new pacemaker cells to replace those destroyed by age, disease or damage?

Researchers took a step in that direction by using a cold virus to deliver a gene into the heart of a living pig. Once there, the gene transformed a few typical heart cells into specialized pacemaker cells. The genetically improved hearts not only beat properly, but the pigs were more active, suggesting that they felt better, too, says Eugenio Cingolani of the Cedars-Sinai Heart Institute in Los Angeles. He and colleagues reported the finding in July in Science Translational Medicine.

Such biological pacemakers could eliminate the need for the devices and the leads, which can become infected or damaged, requiring doctors to remove the pacemakers. The special cells also would eliminate additional surgeries for younger adults and children with congenital heart defects, who need new pacemakers as they grow.

Pacemaker cells could eventually help the most vulnerable patients of all: those who haven’t yet been born. Now, fetuses with heart rhythm problems have to wait until birth to get a pacemaker — if they live that long. The new technique could offer the potential for treatment in utero.