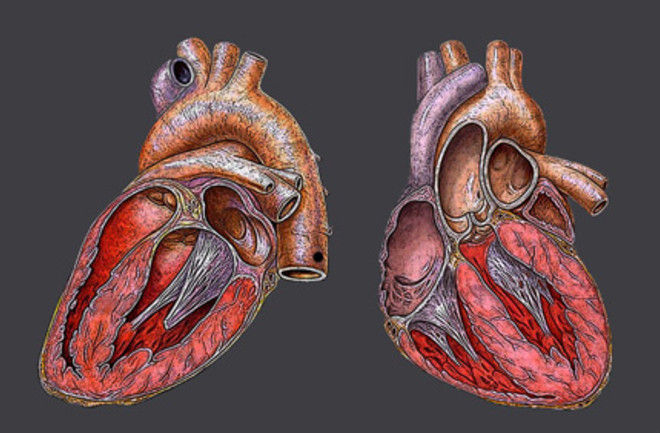 With optogenetics, a technique that uses beams of light to control the activity of particular cells, researchers have already flicked on clusters of neurons that trigger aggressive behavior and ramped up insulin production in mice. Now, scientists are applying the technique to the heart, working towards a cardiac pacemaker driven by light, Courtney Humphries reports in Technology Review. First, the researchers genetically modified animal cells so they responded to light. Then, they took advantage of heart muscle cells' natural tendency to pair up, and coupled the modified cells to heart muscle cells. Pulses of light triggered a "heartbeat" in both types of cells---suggesting that a small cluster of modified cells might be enough to keep pace for the whole heart. Light-powered pacemakers are a long way from ready for the clinic, but the approach could use less power than artificial pacemakers, and give doctors more control over exactly where and when the pacemaker kicks in. Read more at Technology Review.