Healthy Pregnancy Can Vary in Length Up to Five Weeks 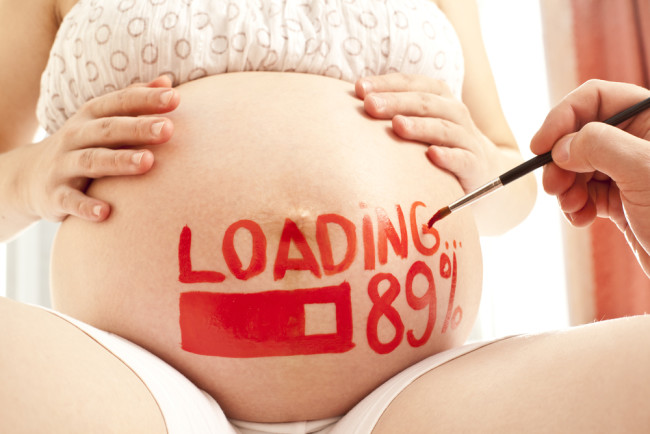 On a mom-to-be's first visit to a doctor her due date is estimated, generally based on the date of her last period. Add 280 days and, voilà, you know when the bun should be ready to come out of the oven. However new research shows that this nine-month rule of thumb for a healthy pregnancy can actually vary between women by as much as 37 days.

The Problem of Timing

The moment of conception is understandably difficult to pinpoint. That's why doctors use menstruation dates and ultrasounds to estimate how far along a pregnancy is. But these estimates are notoriously inaccurate: only 70 percent of women deliver within 10 days of their estimated due date. Until now, it's been hard to determine whether that inaccuracy is caused by imperfect methods (i.e., doctors got the date of conception wrong) or because pregnancies have varying lengths. To address that question, researchers at the National Institute of Environmental Health Sciences examined data from the North Carolina Early Pregnancy Study, which ran from 1982 to 1985.

The study examined data on 125 womenfrom before they got pregnant through to the birth of their babies. Using urine samples to measure hormone levels, the researchers could precisely calculate the date of ovulation and embryo implantation. Since previous studies have found that conception occurs within 24 hours of ovulation, the ovulation date was used as the official start date of the pregnancy. After excluding preterm births or women with pregnancy-related medical conditions, researchers found that the pregnancies in the study ranged from 247 to 284 days---a span of 37 days. The average was 267 days, or about 8 ^3/4 months, the researchers report in Human Reproduction. Older women delivered later on average, and women who had themselves been heavier babies tended to have longer gestations. For an individual woman with multiple children (born before or after the study), one long pregnancy upped her chances for another long pregnancy. Thus the idea of a "due date" may need revising, say the study's authors---but "due month" just doesn't have the same ring to it. Photo courtesy maradonna 8888 / Shutterstock