Gut Infections are Killing the Elderly at Frightening Rates 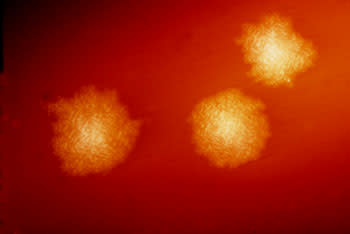 For frequent readers of this blog

and Carl Zimmer's The Loom

may ring a bell

. It's a germ that can cause devastating, intractable gut infections, and is one of the reasons behind the recent development of fecal transplants

to try to give the patient healthy gut bacteria to fight back with. C. difficile is on more people's radar these days, and with good reason. A new Centers for Disease Control report

shows that infections from C. difficile and another gut pathogen, norovirus

, have grown more common and much more lethal in the last fifteen years. In 2007, they killed more than double the people they'd killed ten years before, jumping from 7,000 to 17,000. Most of those who died were elderly. C. difficile started making health headlines in 2004, when a drug-resistant strain emerged. It often spreads in hospitals and nursing homes where patients are on antibiotics that destroy their normal gut bacteria and there is less-than-perfect hygiene. The bug spreads via the fecal-oral route, usually when a trace of feces makes its way into someone's mouth. But it's extremely difficult to kill C. difficile on someone's skin---even alcohol-based hand sanitizers don't work---so health workers must use gloves to keep from spreading C. difficile among patients. Still, 94% of C. difficile infections come from healthcare settings. It's clear that whatever doctors are doing to halt the spread, it's not working. More stringent disinfecting of exam rooms, better adherence to wearing gloves, and less use of antibiotics are on the list of possible solutions. [via NYT