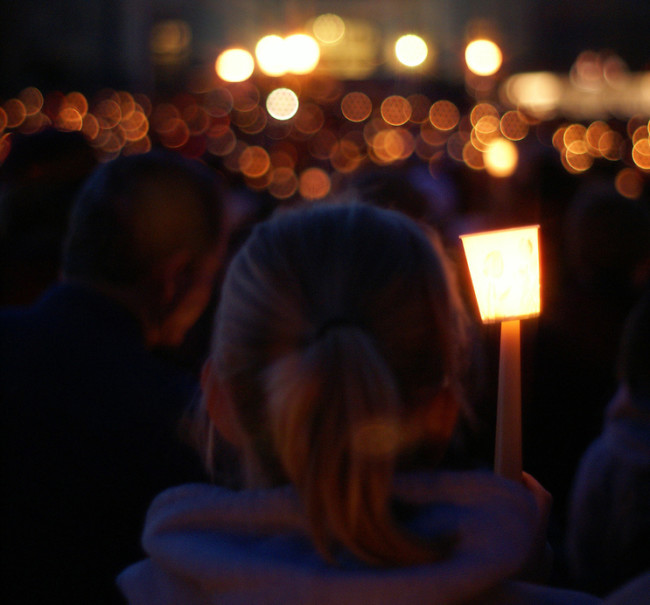 (Credit: Ben Townsend/Flickr) Gun deaths dropped in Australia following a massive buyback program and tighter gun laws, according to a new study published Wednesday. However, the scientists say they can’t decisively prove a connection. Researchers from the University of Sydney compared firearm deaths both before and after the 1996 Port Arthur Massacre, when a gunman killed 35 people and wounded 23 others. That mass shooting prompted Australian legislators to take action, launching a firearm buyback program and significant restrictions on some kinds of semi-automatic rifles and shotguns. They also added harsh penalties for those breaking the law.

Between 1994 and 2000 the number households with a gun in Australia dropped by some 50 percent and has stayed relatively flat ever since, according to an earlier report by GunPolicy.org, an organization led by one of the researchers. The researchers used government statistics and news reports to search for a connection between the gun control legislation and reduced gun deaths. Such laws have been extremely contentious in the U.S., where much of the debate has centered on whether or not they actually work. Four recent proposals aimed at strengthening gun laws in the wake of a mass shooting in Orlando failed in the Senate this week.

The researchers found some evidence of a link between gun laws and lower rates of firearm deaths. However, external variables prevented them from drawing any definitive conclusions. They found that firearm deaths, both suicide and homicide, decreased at an even greater rate in the period 1997-2013, after the law went into place, when compared to the years 1979-1996. In addition, while there were 13 mass shootings (defined as 5 or more victims killed) in the earlier period, there have been no mass shootings in Australia since the law was enacted. The marked difference in gun deaths before and after the law is suggestive. But the researchers note that it comes amid a larger downward trend in homicides and suicides, both caused by firearms and otherwise, in Australia over the past three plus decades. Total homicide and suicide deaths increased by 2.1 percent between 1979 and 1996 and decreased by 1.4 percent between 1997 and 2013. There was a 3 percent decrease in the rate of firearm deaths during the first time period and a 4.9 percent decrease in deaths afterwards. So, the period after the firearm legislation was enacted saw a greater decrease in the rate of death by firearm, but it was a continuation of an existing trend. Total homicide and suicide deaths also decreased at a faster rate after the implementation of gun laws in tandem with the decrease in firearm deaths, hinting that there could be additional factors influencing the change in death rates. The researchers did notice a statistically significant effect on firearm suicides after the gun law was put in place. Firearm-related suicides dropped abruptly after the law went into effect, indicating a probable relation between the two. Overall suicide rates also declined. The connection between the new legislation and firearm homicides wasn’t so clear. The researchers merely note a gradual increase in the downward trend. “Because of this, it is not possible to determine whether the change in firearm deaths can be attributed to the gun law reforms,” the authors note in their study.

The team hopes that their research will further the conversation on gun control and provide the basis for research in other countries with different approaches to firearm regulation. They note that no other countries have enacted gun control measures on the same scale as Australia. They published their findings in the Journal of the American Medical Association this week. The fact that Australia has very low rates of gun deaths may make comparisons to the U.S difficult, as Jesse Singal points out in an article for New York magazine. The U.S. saw 10.54 people per 100,000 killed by firearms in 2014, while in Australia that number was only 1.02, over 10 times smaller. While over half of U.S. gun deaths are suicides, the number of firearm homicides is almost 25 times greater than in Australia. And the small number of Australian gun deaths means that statistics there are susceptible to spikes based on isolated incidents, making it more difficult to draw broad conclusions. In addition, the number of guns in the U.S., more than one for every citizen, could make a similar legislation much harder to enact. And despite the uptick in American mass shootings in recent years, even undertaking similar researcher is harder. While Australian researchers obtained funding for their research through the University of Sydney, U.S. researchers have a hard time getting support. The CDC has not funded any studies of gun violence since 2001. As this latest research from Australia shows, the relations between gun laws and gun deaths are difficult to sort out, and it is very likely that no clear story will emerge. But, that doesn't mean we shouldn't try.