Grand Engineering Challenge of Our Era: A Non-Lethal Hot Dog 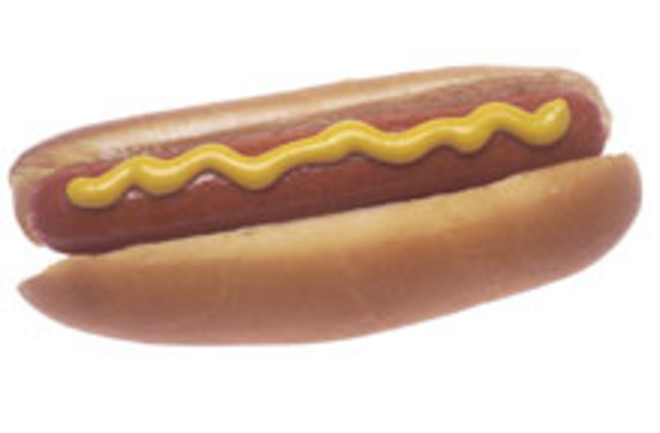 Pediatricians have declared that the trusty ol' hot dog is in need of a makeover, setting the stage for one of the biggest engineering challenges known to man and causing some to worry, "Is it the end of the hot dog as we know it?" The cylindrical sausage has been deemed a choking hazard by the American Academy of Pediatrics, which published an official statement on choking risks in the journal Pediatrics that included concerns about the snack clogging a child's wind pipe. The pediatricians pointed out that 17 percent of all food-related asphyxiations among children are caused by hot dogs. Talking about the proposal for a choke-proof hot dog, a doctor explains to USA Today:

"If you were to take the best engineers in the world and try to design the perfect plug for a child's airway, it would be a hot dog," says statement author Gary Smith, director of the Center for Injury Research and Policy at Nationwide Children's Hospital in Columbus, Ohio. "I'm a pediatric emergency doctor, and to try to get them out once they're wedged in, it's almost impossible."

But Smith admitted that he doesn't know how the sausage could be redesigned to be safer, adding somewhat lamely that he's "certain that some savvy inventor will find a way." The doctors didn't just suggest that the wiener needs a design re-think, they also asked that the snack come with a warning label. But the hot dog redesign debate got, uh, hotter when the president of the National Hot Dog & Sausage Council, Janet Riley, retorted that most of the sausage packages sold in stores already come with some sort of a warning label, advising parents to cut the hot dogs into small pieces before feeding them to their kids. And then pediatrician Alan Greene, author of Feeding Baby Green, found a bigger fault with the pediatricians' concerns over the high-fat, high-sodium, preservative-packed food item. He told USA Today: "The last thing we need is to redesign candy and junk food with cool shapes, so we can give them to kids even younger." So, no star-shaped mini hot dogs anytime soon? Damn. Related Content: Discoblog: Fast Food Joints Lie About Calories (Denny’s, We’re Looking at You) Discoblog: Food Fraud: High Schoolers Use DNA Tests to Expose Fake Caviar Discoblog: Fiber-Filled, Antioxidant-Packed Ice Cream—Brilliant? Sacrilegious? Nasty? Discoblog: Heart-Stopping Cinematic Excitement: Guess How Much Fat Is in Movie Popcorn?Image: Wikimedia

More From Discover
Health
What is Epilepsy and What Should We Know About it?
Health
What is Long COVID and What are the Symptoms?
Health
A Blood Test That Screens For Multiple Cancers At Once Promises To Boost Early Detection
Health
Decorate For the Holidays Early and it Might Improve Your Mood
Health
The Surprising History of the Bidet Started with the Wealthy and Brothels
Health
How These Top 10 Favorite Thanksgiving Dishes Impact Your Health
Recommendations From Our Store
My Science ShopDiscover STEM Kits
My Science ShopDiscover 2022 Calendar
My Science ShopStrange Science
My Science ShopElements Flashcards
Shop Now
Stay Curious
Join
Our List