Geneticists Are On the Lookout for the First Gene-Doping Athletes 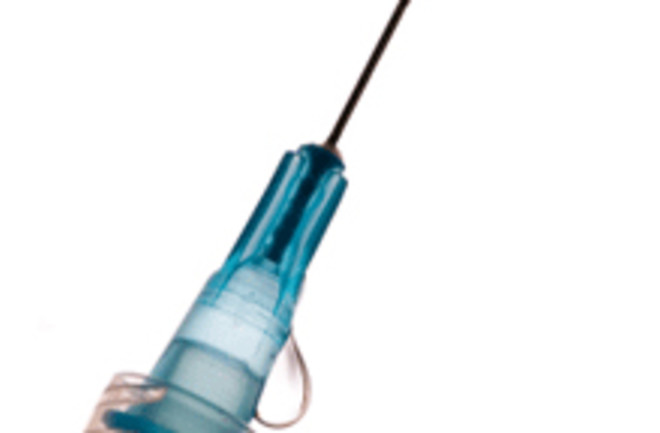 We're only a week away from the 2010 Winter Olympics opening in Vancouver, and the return of the games brings with it the return of crazy stories about how far world-class athletes will go to get even the tiniest edge, legal or illegal. In the journal Science this week, researchers led by geneticist Theodore Friedmann take the opportunity to warn about gene doping, the next looming crisis in cheating at high-stakes athletics. Genetic doping isn't new to the headlines—the International Olympic Committee banned it in 2003. But its prevalence is growing, especially since improving testing is starting to weed out more standard forms of cheating like steroids and EPO, a hormone that boosts red blood cell production.

Three years ago, German track coach Thomas Springstein was busted after unsuccessfully trying to score Repoxygen, an experimental gene therapy drug that boosts red blood cell production, for his runners. At the Olympics in Beijing, an unidentified Chinese doctor offered stem cell injections to a German journalist posing as a swim coach [Wired.com]

. Beyond the ethical concerns of cheating, there is the issue of safety when it comes to athletes trying out new, unregulated therapies, Friedmann says.

Most likely, current efforts would be "hamfisted" and dangerous, he said. But "we know there are disreputable people in sport with access to technology and a lot of money" [National Geographic]

. Even athletes and coaches without dubious intentions could be duped by claims about therapies that sound legitimately scientific, he says. As a result, he and the other scientists call out their colleagues to develop and test therapies responsibly, under the internationally accepted ethics codes for medical research. Of course, with so much at stake, it's a bit of wishful thinking to suggest that all developers or athletes are going to play by the rules. So Friedmann and other researchers are racing to keep up by developing new detection methods. The direct evidence of genetic tampering is hard to find. But telltale side effects could give away gene dopers. The authors note that

. That could include levels of fatty acid production, or other system-wide changes that can't be easily hidden. So far those kinds of detection tests are limited to animals. But if Friedmann and other scientists bring them to bear in humans, there are other concerns besides effectiveness. He

notes that, while delving into athletes' genomes raises important privacy issues, "that's kind of the cost of being an elite athlete" [National Geographic]

. And even if it works and researchers do come up with sophisticated ways to catch gene dopers, athletes and treatment developers will be moving on to the next generation of performance enhancing drugs. The cat and mouse game continues. Related Content: 80beats: Can "Biological Passports" Save Sports From Doping? 80beats: Doping Police Try Out “Biological Passports” for Athletes 80beats: Gene Therapy That Bulks up Muscles Raises Doping Concerns 80beats: Olympic Pistol Shooter Used Anti-Trembling Drug To Steady His Hand DISCOVER: Will Genetic Therapy Destroy Sports? explores the potential for genetic doping Image: iStockphoto