Synthetic biologists use a single strain of genetically modified yeast to make opioids. 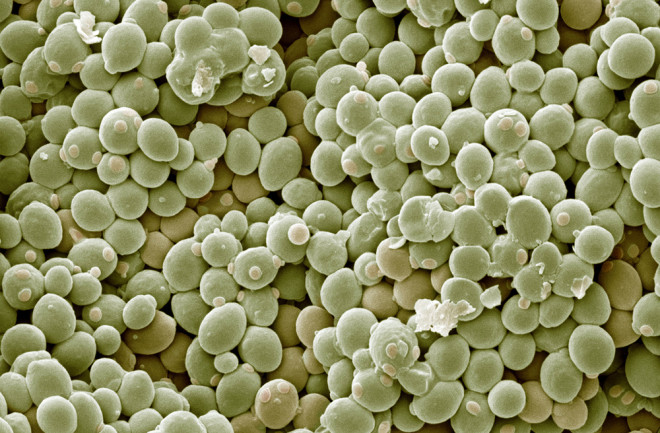 Hospital patients might someday fight pain with opioids manufactured from sugar-gobbling yeast similar to what brewmasters and bakers use.

In August, Stanford synthetic biologist Christina Smolke and her team announced successfully using genetically modified baker’s yeast, one strain to convert glucose into the opioid hydrocodone and another strain to create thebaine, an opioid precursor. Other research groups completed the 15-step conversion this year using several yeast strains together, but Smolke’s team was the first to use just a single strain to pull off the conversion from start to finish.

To get the more than 20 enzymes needed to complete the conversion from glucose to painkillers, the team spliced genes from plants, bacteria and even rats into yeast.

The new process could yield more effective, less addictive and cheaper drugs, but also raised concerns that hobbyists could someday home-brew opioids. To test that theory, Smolke’s team tried — and failed — to create opioids with an over-the-counter brew kit.

“When you home-brew, you grow yeast populations very differently than in a lab or for commercial production,” she says.

For the new technique to be commercially viable, the engineered yeast needs to perform the conversion more efficiently and optimize fermentation, Smolke says.