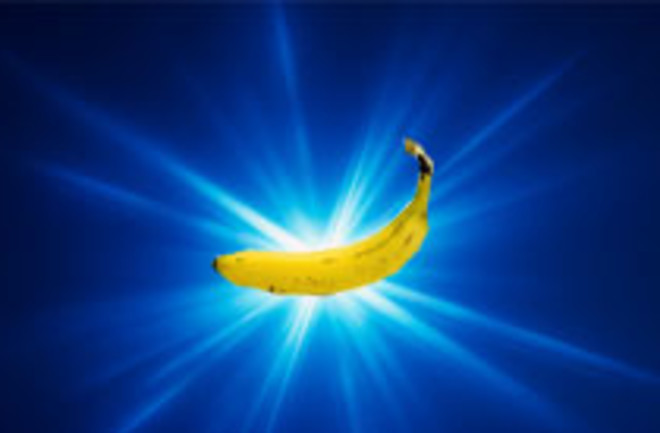 Do I smell a banana? Nope. It's a blue light I'm smelling. Fruit fly larvae made this mistake while participating in a study recently published in Frontiers in Neuroscience Behavior. By adding a light-sensitive protein to certain smell receptors in the larvae, German scientists allowed the genetically engineered bugs to essentially smell light. The team, under the guidance of Klemens Störtkuhl at Ruhr University Bochum, is attempting to understand "olfactory coding"--how the brain transforms chemical signals into perceptible smells. Normally, a fly's olfactory receptor neurons only send an electrical signal to its brain when the fly smells something, but by adding a protein the researchers caused a neuron to fire when the one-millimeter bug was basking in blue light. The fly brain uses some of its 28 olfactory neurons to detect bad smells, and others for good ones. Protein puppeteers, the researchers could pick which neuron to add the light-sensing protein to. The good-smelling neurons respond to a smorgasbord of fly-friendly scents: like banana, marzipan, and glue (apparently rotting fruit gives off these scents). By attaching the light-sensitive protein to one of these neurons, researchers caused the typically light-fearing insects to crawl straight towards the blue glow. According to a ScienceDailyarticle, given their successful mapping of these larvae olfactory neurons, the researchers next hope to make adult fruit flies go bananas. Related content: Discoblog: Neuroscientist Says We Perceive “Smounds”—Half Sound, Half Smell 80beats: A Life-Extending Coup: Flies That Can’t Smell Food Live 30 Percent Longer Not Exactly Rocket Science: Smell a lady, shrug off flu – how female odours give male mice an immune boost Not Exactly Rocket Science: Elephants smell the difference between human ethnic groups DISCOVER: The Brain: The First Yardstick for Measuring Smells