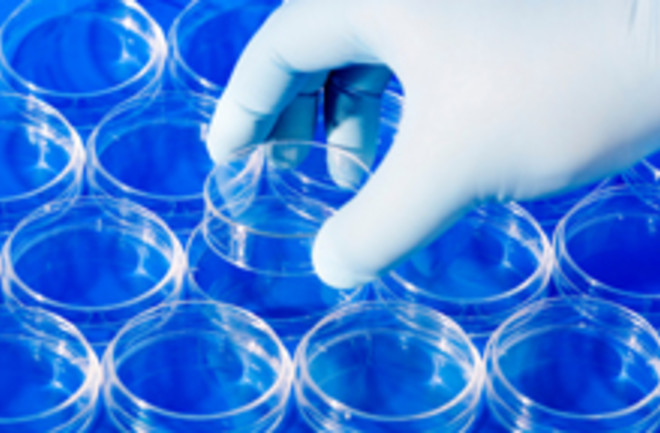 Although ethical debates about the use of embryonic stem cells continue to rage, stem cell technology is beginning to make its way into the medical marketplace. Yesterday, General Electric division GE Healthcare announced that it's teaming up with the biotechnology company Geron in a venture that will use embryonic stem cells

to develop products that could give drug developers an early warning of whether new medicines are toxic [Reuters].

The agreement marks the first time that a company of GE's stature and size has announced a business venture involving the controversial field of embryonic stem cells. That could reflect a more tolerant climate for the technology in the wake of the Obama administration's recent relaxation of restrictions on embryonic stem-cell research [The Wall Street Journal].

Supporters of embryonic stem cell research say the work will lead to a host of treatments for cancer and other diseases, while opponents believe that the destruction of any human embryo is unacceptable. GE says the two companies will work with stem cell lines that have been used in medical research since former president George W. Bush set strict research rules in 2001. The companies plan to coax the embryonic stem cells, which can develop into any kind of human tissue, into becoming specialized cells that pharmaceutical companies can test new drugs on. Says GE Healthcare researcher Konstantin Fiedler:

The companies plan to first grow the stem cells into batches of heart and liver cells to test drugs that affect those vital organs. The biotech company Geron has emerged as one of the leading companies seeking to commercialize stem cell technology.