GatorAIDS: Why Isn’t It in You?

Alligators are fighters—and they've got the immune systems to prove it. For 80 million years ago, they've been violently battling each other, ripping off each others' limbs in filthy, microbe-infested swamps. But there's no point in winning a fight if you're just going to die of a wound infection a week later, so alligators have evolved a fierce immune system to protect themselves against the nasty pathogens swimming in and out of their gaping wounds. 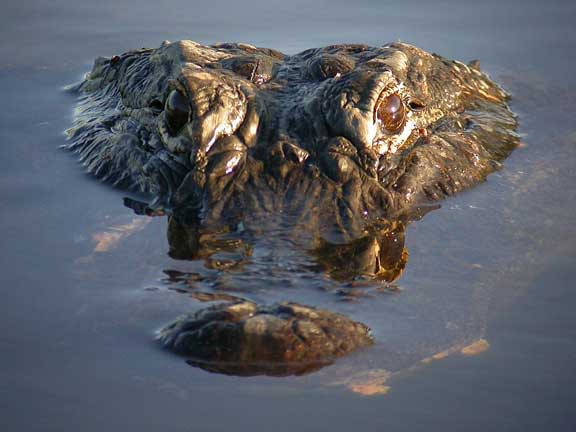 Lancia Darville and Mark Merchant analyzed the proteins that endow the alligator immune system with its pluck, and announced their findings this week at a meeting of the American Chemical Society in New Orleans. The researchers collected blood samples from American alligators, isolated the disease-fighting white blood cells, and extracted the active proteins from those cells. A tiny pinch of the protein extracts killed a wide range of bacteria, including MRSA—the deadly "superbug" that's increasingly resistant to multiple antibiotics—and six out of eight different strains of Candida albicans, a fungus that can cause serious problems in immunocompromised patients (e.g., those afflicted with AIDS or who have undergone chemotherapy). In fact, researchers found the proteins found in alligator blood can fight 23 types of bacteria, nearly three times as many as the proteins found in human blood. Earlier research by Merchant found that the proteins from alligator blood can also herpes simplex virus and HIV. But before you go out back and wrestle an alligator for a sweet glass of its immunity boosting blood, there are a couple of reasons to be cautious. First, raw, unprocessed blood from alligators can sicken or kill humans, as our bodies will reject the foreign slurry. Second, even if you extracted the proteins, you'd still get sick—Merchant's earlier report noted that proteins in alligator blood are indiscriminate killers, and are toxic to the very cells he was trying to protect, leading him to conclude that "the crocodile's immune system may be too powerful for humans and may need to be synthesized for human consumption." But the researchers hope that "superdrugs based on their findings might be available within 10 years"—assuming, of course, the human tissue-killing issues are resolved.