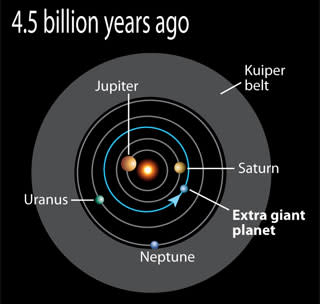 An intensive breeding program yielded the BetaSweet carrot, which is packed with natural antiaging and anticancer compounds.

Attention health-conscious shoppers: the salad dressing in aisle one is now spiked with a drug that lowers your cholesterol. In the produce section, you'll find carrots bred to reduce the risk of cancer. And on the way out, why not grab a snack bar that helps stave off heart disease?

Functional foods--those that confer benefits beyond basic nutrition--are changing the rules about how to eat healthy. In the next few years, your staid supermarket will sell an array of ordinary edibles with extraordinary claims. The first of these products--just hitting the market--contain novel health-enhancing additives or benefit from breeding intended to boost the innate medicinal properties of fruits and vegetables. Farther ahead, some researchers plan to redesign nature's bounty from the genes up. "We are witnessing the marriage of the food and pharmaceutical industries," says food scientist Manfred Kroger of Pennsylvania State University.

Roughly six in 10 shoppers already choose groceries with the idea of managing or lowering their risk of illness. Rudimentary functional foods—such as orange juice enriched with vitamins C and E—are a $15 billion market in this country, says Tom Aarts, publisher of the Nutrition Business Journal in San Diego. Those numbers are expected to soar over the next decade.

Novartis, the giant Swiss-based pharmaceutical corporation, is throwing its full weight behind the functional food movement. For years the company has touted Ovaltine, its chocolate-milk mix, as a vitamin and mineral supplement. Last year in Europe, Novartis introduced a broad line of cereals, snack bars, and other foods spiked with ingredients that diminish the likelihood of heart disease and osteoporosis. The products still rely on relatively traditional health aids like calcium and dietary fiber.

Novartis is readying foods with a new functional additive: Phytrol, a wood-pulp extract that lowers levels of “bad” ldl cholesterol in the bloodstream. In the United States, margarine lovers can buy Johnson & Johnson’s Benecol and Lipton’s Take Control, spreads that contain compounds similar to Phytrol. Benecol also comes as a salad dressing and snack bar. In October, the U.S. Food and Drug Administration concluded that soy protein lowers heart disease risk, guaranteeing that a slew of soy-enriched foods will show up in the coming months.

The produce section of the grocery is also getting a functional makeover. Leonard Pike of Texas A&M University has created BetaSweet, a maroon carrot packed with beta-carotene and anthocyanin, antioxidants that may reduce the risk of cancer and fight aging. Adventurous shoppers are crunching the BetaSweet right now in its Houston test market. Pike is also breeding carrots rich in lycopene—a chemical that gives tomatoes their red color and may also reduce the risk of cancer. At the University of Wisconsin at Madison, horticulturist Irwin Goldman is isolating anticlotting compounds in onions and garlic, which may lower the incidence of stroke and heart attacks. He plans to develop bulbs that contain higher doses of the most beneficial chemicals. Other scientists are delving into dna in their quest for better ways to eat. At Monsanto, researchers are reconfiguring the genes of potato plants to create a starchier tuber that absorbs less oil during frying. Ingo Potrykus at the Swiss Federal Institute of Technology is engineering a novel strain of rice fortified with extra iron and vitamin A. Charles Arntzen, president of the Boyce Thompson Institute for Plant Research at Cornell University, is working on perhaps the most ambitious genetically engineered food of all: an edible vaccine. 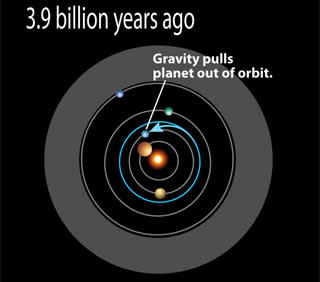 Tomorrow’s grocery store may give blood tests and genome printouts

Arntzen and his colleagues genetically modified potatoes so they incorporate a protein from the hepatitis B virus. The protein is harmless, but it trains the immune system to recognize the virus and mount a preemptive defense. Arntzen is also working on engineered bananas and tomatoes and targeting other diseases, such as cholera. Preliminary human trials last year showed the concept works with raw potatoes. Follow-up studies with processed potatoes and tomatoes are under way. Like iron-rich rice, disease-preventing foods are intended primarily for poor countries where hundreds of millions of children today do not have access to vaccines. “People can make a tomato sauce whether they’re in Colombia or Cambodia,” says Arntzen.

But custom-designed functional foods are still a long way from the dinner table—and the ride home could get bumpy. Some scientists and activists suspect tinkering with DNA will cause long-term health and environmental problems. Opposition to genetically modified food, which has sparked mass demonstrations in Europe, is growing in the United States. But Dean DellaPenna, a plant biologist at the University of Nevada at Reno, is more concerned that the genetic engineering debate will slow efforts to improve nutrition worldwide. Many people get enough to eat, he notes, but still suffer from malnutrition because they do not have access to a well-rounded diet. “Our bellies are full, so we can afford to argue, but some 3 billion people in the world don’t have that luxury. Once we can show the direct benefit of genetic modification, I hope consumers will realize the possibilities of the technology,” he says. DellaPenna hopes to make his case by showing how to reconfigure staple crops to increase their vitamin E content tenfold.

Plenty of other functional foods don’t require cracking the genome. Additives like Phytrol and soy protein are derived from perfectly ordinary trees and beans. Pike used only conventional breeding for his BetaSweet carrot, crossing seeds from Brazil to obtain a root with stellar taste and nutrition. “It may not be as fast or exciting as genetic modification, but we can do it without upsetting people,” he says. Breeding alone could still fill stores with racks of heart-friendly soybeans, cancer-fighting tomatoes, and anticlotting onions.

Even if the new foods are safe, they may not work as promised. “Some of these health claims may be premature,” says Penn State’s Kroger, referring to a ginkgo biloba chewing gum that is said to improve memory. Functional foods fall into a regulatory gray zone. The FDA doesn’t evaluate foods intended to aid general life conditions, such as mood and mental sharpness, so ginkgo biloba need not be certified for safety or efficacy. The FDA examines functional ingredients targeted at specific diseases, but does not provide any guidelines about dosage or how the ingredients might react with other parts of a person’s diet. Some overeager shoppers could easily get too much of a good thing. “Even healthy compounds can be harmful if you eat too much,” says John Milner of Pennsylvania State University.

Dietary optimists believe technology will help cut through the confusion. Clare Hasler, director of the Functional Foods for Health Program at the University of Illinois at Urbana-Champaign, predicts tomorrow’s grocery store will house a mini-clinic that administers a quick blood test and a genome printout, including a person’s top disease risks and a recommended shopping list. “Hopefully, that will lead people to diet patterns that defray—or even eliminate—many of the chronic diseases we face,” she says. If privacy is an issue, people might run their genome tests at home and then shop for appropriately tailored foods on-line.

Eventually the focus on individualized nutrition will begin before birth, Kroger says. Hospitals already test babies for the enzyme phenylalanine hydrolase. Children who lack it must avoid any food containing the amino acid phenylalanine—including meat and even mother’s milk—or risk mental retardation. “We’re already modifying diet based on a gene,” says Kroger. “Soon, we’ll be able to go a step further—to take an amniotic fluid sample from an unborn baby and determine its genome.” Careful parents could then pick out optimal functional baby foods.

If the food companies have their way, that’s one early trend that will stick around for a lifetime.

For a consumer activist view on functional foods, visit the Center for Science in the Public Interest: www.cspinet.org.