From the Case Files: The Peanut Butter Cookie and the Lungs of Doom 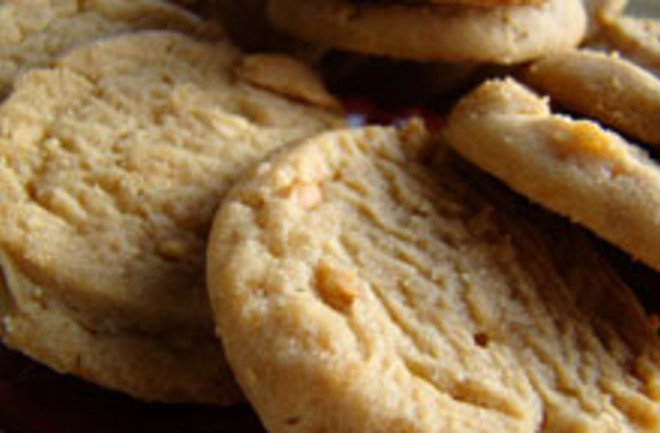 A few weeks ago we posted a NCBI ROFL story about the transplantation of a set of lungs that caused the recipient to catch the donor’s peanut allergy. While this case isn’t new, its seemingly coincidental and ironic circumstances left us with some lingering questions--plus at least one of you accused us of posting an urban legend. So we went straight to the source, Imran Khalid, the doctor who treated the patient. “This case was as surprising to us as to anyone else,” Khalid said. “The seriousness of the issue led us to write it up and send it to a medical journal to share it with other people.” What happened was this: A 42-year-old woman received a lung transplant from a 12-year-old boy who fell into a coma and died after a severe allergic reaction to peanuts. Seven months after transplantation, the recipient herself had a severe, life-threatening allergic reaction to a peanut butter cookie that she ate at an organ transplant support group meeting. And no, the lungs weren't haunted. “She was lucky that this happened in the hospital,” Khalid said. “If she was at home or in a shopping mall, by the time help would have reached her I don’t know what would have happened.” There had previously been three documented cases in which a food allergy was transferred through the transplantation of a solid organ--but in those earlier cases the organ in question was the liver, not the lungs. It also happens, with more regularity, during bone marrow transplantation. “This is a common phenomena, not that common obviously, but a little bit more often seen in bone marrow transplant patients. In solid organs like liver, lungs, kidney or pancreas, it is hardly reported,” said Khalid. Food allergies occur when immune cells overreact to a foreign substance. The body’s immune system mounts a defense against the allergen by creating a horde of B cells which pump out antibodies, the proteins that are meant to identify and neutralize the foreign substance. These antibodies bind to mast cells, which live in every tissue in the body, but are especially prevalent in the lungs. When the allergen, in this case peanut protein, is present in the body it binds to the antibodies which then activate the mast cells, causing them to trigger allergy symptoms. The prevailing hypothesis for how such allergies are passed along during a liver transplant is that the liver contains stem cells that develop into B cells, which then make the antibodies that induce allergic reactions. The donor liver itself can continue making the anti-peanut antibodies, the theory goes, causing the allergy. But the lungs don’t contain these stem cells, so in Khalid's strange case the allergy must have been transferred another way. When the lungs are transplanted they contain the donor’s antibodies, as well as their B cells, mast cells, and other immune cells called helper T-cells. The antibodies only survive for a few days, and the donor’s B cells die within a few months of transplant. So there seems to be no reason for the recipient to show an allergic reaction after seven months--except for those sneaky T helper cells. If an allergic reaction is triggered during the first few days after the transplant, while the donor's antibodies are still present, the donor’s T cells are able to train the recipient's B cells to react to the allergen.

This seems to be what happened: Five days after her lung transplant the recipient ate a candy bar with peanuts. She had a minor reaction but it was relatively benign due to the immune suppressing drugs she was taking for the transplant; her reaction was confused with normal complications of lung transplants. But that first taste of peanut was all that her body needed to prime her for the almost-deadly reaction seven months later. And the woman continues to be allergic to peanuts to this day. “It’s very hard to explain why she would still have the allergy seven years later, because by that time all of the donor cells have passed,” said Khalid. Most transplant centers won’t transplant lungs from a person who died of anaphylactic shock, a policy Khalid disagrees with--although the lungs in this case nearly killed their new owner, she has obviously been grateful to have functioning lungs at all. Khalid says doctors shouldn’t shy away from using these organs, but should have the patient avoid the food that caused the donor’s death, and should test the person for allergies after a few months. Related content: Discoblog: NCBI ROFL: Oh, the Irony! 80beats: Researchers Seem to Have a Cure for the Dreaded Peanut Allergy 80beats: Doc Diagnoses Our Nut-Phobic Society With Mass Hysteria 80beats: Patients Waiting for Lung Transplants May Soon Breathe a Sigh of Relief Not Exactly Rocket Science: Lungs rebuilt in lab and transplanted into rats