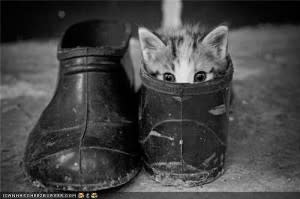 Today's Friday Flashback post is in direct response to a comment on Tuesday's post on cat meows, in response to which Noneya Biznazz suggested "Sounds like someone is attempting to turn the popularity of LOLcats into grant money". Well, Noneya, if you think that study was LOLcat-tastic, have we got a scientific study for you:

Detecting Some Popular Animals in Online Photos: Learning from Ears and Eyes. "Robust object detection has many important applications in real-world online photo processing. For example, both Google image search and MSN live image search have integrated human face detector to retrieve face or portrait photos. Inspired by the success of such face filtering approach, in this paper, we focus on another popular online photo category - animal, which is one of top five categories in the MSN live image search query log. As a preliminary attempt, we focus on the problem of animal head detection of a set of relatively large land animals that are popular on the internet, such as cat, tiger, panda, fox, and cheetah. First, we proposed a new set of gradient oriented feature, Haar of Oriented Gradients (HOOG), to effectively capture the shape and texture features on animal head. Then, we proposed two detection algorithms, namely Bruteforce detection and Deformable detection, to effectively exploit the shape feature and texture feature simultaneously. Experiment results on 14,379 well labeled animals images validate the superiority of the proposed approach. Additionally, we apply the animal head detector to improve the image search result through text based online photo search result filtering." Bonus figure: 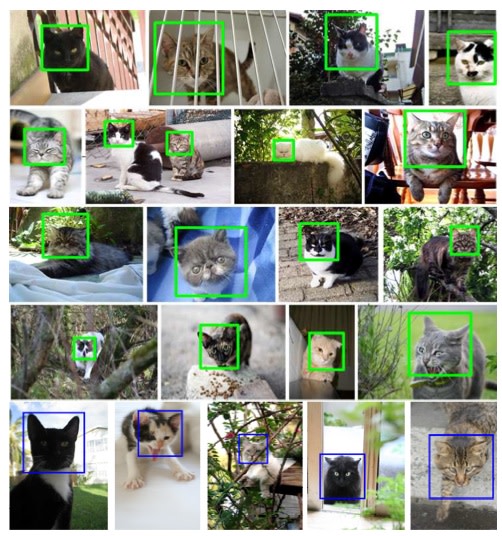