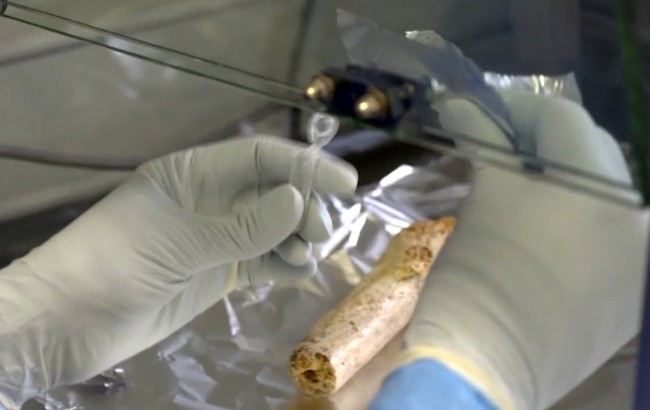 Researchers have successfully sequenced the oldest known human DNA, and it points to unexpected relationships between hominid populations scattered across the length of Eurasia. The genetic material came from a 400,000-year-old femur of Homo heidelbergensis, an early hominid considered to be the ancestor of both Neanderthals and modern humans. The achievement pushes back the age of the oldest hominid DNA sequencing by 200,000 years. The site of the fossil's discovery, Sima de los Huesos ("pit of bones") in northern Spain, has yielded remains of more than two dozen individuals dated to older than 300,000 years. The skeletons found at Sima de los Huesos exhibit Neanderthal-derived traits, leading researchers to anticipate a strong relation to Homo neanderthalensis.

But after sequencing an almost complete mitochondrial DNA (mtDNA) genome from the femur, researchers discovered the individual was more closely related to Denisovans, eastern Eurasian hominids known only from a few fragments found at sites in Siberia. Although related to Neanderthals, Denisovans are considered genetically distinct, and are thought to have dispersed from Siberia to southeast Asia. By way of comparison, Neanderthals and modern humans are more closely related in their mitochondrial makeup than are Neanderthals and Denisovans. Ancient DNA that can still be sequenced is usually found only in permafrost conditions; it typically degrades much faster in temperate and tropical zones, where early hominids lived. But the Sima de los Huesos cave site's humidity and naturally controlled temperature created an environment conducive to mtDNA preservation of both early hominids and their contemporaries, including a cave bear, which researchers successfully sequenced earlier this year. 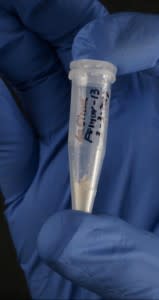 The team obtained about two grams of bone samples — less than a tenth of an ounce — from the femur and performed a number of tests to rule out contamination with modern genetic material. They then sequenced the mitochondrial DNA, because retrieving usable mtDNA is easier than collecting nuclear DNA from such an old specimen because several hundred copies of mtDNA exist in each cell. This makes it possible to piece together the mitochondrial genome even if many of the copies are degraded. Mitchondrial DNA is passed down from the individual's mother, however, and does not provide as complete an evolutionary picture as nuclear DNA. In light of the individual's unexpected relatedness to Denisovans, the team proposed a number of possible scenarios for how the genes from a population known only in Siberia ended up in Spain. One of the most plausible, researchers suggested, was gene flow from another, as-yet-unknown but Denisovan-like hominid into the Sima de los Huesos group. To support this theory, the team noted in their paper published today in Nature that a number of early hominid fossils found from the same time period across Asia, Europe and Africa have been classified as H. heidelbergensis, in many ways a catch-all lacking precise definition. It's possible that some or all of these individuals may be an early hominid population as yet unclassified by science. Images screenshot from video by Javier Trueba, Madrid Scientific Films