Forget the Hearing Aid: Why Not Regrow Inner Ear Cells? 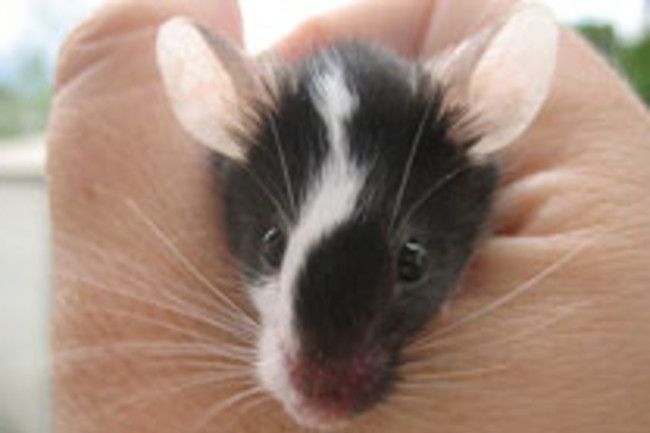 Scientists have produced the cells that make up delicate inner ear hairs in mouse embryos, a step that could point the way to reversing hearing loss and curing congenital deafness.

Sensory hair cells inside the cochlea, the auditory portion of the inner ear, convert sound waves into electrical impulses that are delivered to the brain. The loss of these minute hairs, or the nerves that control them, is the most common cause of hearing impairment and so-called nerve deafness [ABC Science].

Researchers used gene therapy to create the crucial cells: They used a virus to introduce a gene into the mice embryos, which caused non-sensory cells to turn into cochlear hair cells. While this preliminary experiment was done on normal-hearing mice, the discovery that the engineered cochlear cells functioned as well as natural cells was an important step. Says lead researcher John Brigande:

"One approach to restore auditory function is to replace defective cells with healthy new cells.... Our work shows that it is possible to produce functional auditory hair cells in the mammalian cochlea" [Reuters].

Humans are born with about 30,000 inner ear hair cells, which are fairly fragile;

loud noises can damage the hair cells and age can deplete them, resulting in hearing loss [ScienceNOW Daily News].

Humans, like other mammals, can't regenerate these sensory cells naturally, so people who experience hearing loss try to get get around the problem in another way.

Currently, people can have a cochlear implant which works by bypassing the damaged cochlear hair cells and stimulating the auditory nerve directly. An implant cannot restore hearing to normal but it does give the sensation of sounds [BBC News].

The new study, published in the journal Nature [subscription required], suggests that deafness could be entirely reversed by creating new cells. But researchers say the current study is only the first step in that direction.

As for human tests, Dr Brigande says that the work is at too early a stage to say when they can start: "There is no present plan for tests in humans. The next step is to restore hearing in a deaf mouse [Telegraph].