For the First Time Ever, HIV Vaccines Show Promise in Preventing Infections 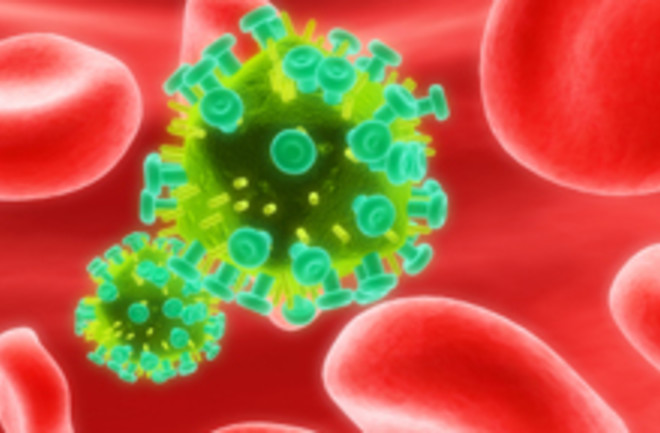 Two HIV vaccines on trial in Thailand have shown some limited success in protecting people from the virus that causes AIDS. And in the hard-fought world of HIV research, that qualifies as a major breakthrough. Says Anthony Fauci, director of the National Institute of Allergy and Infectious Diseases:

“For more than 20 years now, vaccine trials have essentially been failures.... Now it’s like we were groping down an unlit path, and a door has been opened. We can start asking some very important questions” [The New York Times].

The Thailand trial studied two vaccines that had already proven ineffective on their own. But people who received both vaccines were 31 percent less likely to get HIV, compared to people who received a placebo. This partial protection is a good step, but it's also a puzzle to scientists who don't understand why the vaccines only worked for some people. In the trial, more than 8,000 volunteers received the vaccines, and an equal number received placebos. After three years, 51 people from the vaccinated group had been infected, compared to 74 people in the placebo group. While the numbers are small, researchers say they're statistically significant. The two-vaccine combination had both a primer and a booster, which researchers hoped would teach the body to both recognize and destroy the HIV virus. The first vaccine, called Alvac, contained a

canarypox virus with three AIDS virus genes grafted onto it.... The other, Aidsvax, was originally made by Genentech and is an engineered version of a protein found on the surface of the AIDS virus.... Combining Alvac and Aidsvax was a hunch by scientists: If one was designed to create antibodies and the other to alert white blood cells, might they work together even if neither worked alone? [The New York Times]

There's still a long way to go before this promising research can benefit the public. HIV expert Adriano Boasso notes that few doctors would be comfortable administering vaccines that confer such marginal protection:

"Nobody would be considering licensing a vaccine that is 30% effective," he says. "You'd want to be aiming for 70–80% at least" [Nature News].

The researchers also note that the vaccines were designed to combat the most common strain of the virus circulating in Southeast Asia, and say they might not work against the strains common in Africa, the United States, and elsewhere. The results were announced today by the Thai and American agencies that conducted the trial. Full details will be presented at next month's AIDS Vaccine Conference. Related Content: 80beats: New HIV-Fighting Antibodies Raise Hopes for a Vaccine 80beats: More Than Two Years Later, HIV Vaccine Mystery Remains Unsolved 80beats: HIV Vaccine Trial Cancelled in a Setback for AIDS ResearchImage: iStockphoto