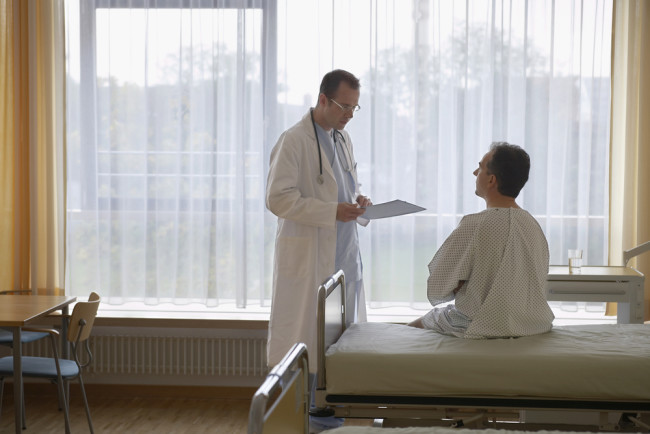 Many of us, faced with a decision about our medical treatment, wish we had a crystal ball to consult. Science is short on crystal balls, but a new study has taken a step toward a different kind of predictive tool: flowcharts through some of the most common diagnoses in Western countries, based on the health records of over 6 million people. These maps will help personalize medical treatment for specific patients.

Certain diseases tend to occur in groups — diabetes, obesity, and high blood pressure, for instance. This much is well known. But less well known is how one disease progresses to another. Does the diabetes come first or last? Such information could be a boon to doctors and patients alike in determining how to manage an illness and how to stave off other related diseases. Now a team of Danish researchers has mined so-called big data to provide this information. The data in question were gleaned from the electronic health records of the Danish universal healthcare system - and since every citizen is covered, and every medical diagnosis noted, the data set represents a remarkably complete view of population-wide disease trends. The selection of data analyzed by Søren Brunak and his team spanned 15 years, from 1996 to 2010, and covered 6.2 million patients. Researchers ordered the diagnoses chronologically and looked for patterns across the population, trying to shed light on how diseases progress.

The disease "clusters" that resulted were remarkably consistent. The biggest groupings were around diseases common in the Western world: prostate diseases, chronic obstructive pulmonary disease (COPD), cardiovascular disease, cerebrovascular disease (i.e., disorders of the brain's blood vessels) and diabetes. Some of the progressions were logical. COPD, for instance, often progresses to respiratory failure and pneumonia. And in some cases certain diseases within a given cluster were a kind of "gateway disease" leading to lots of other conditions. Epilepsy, for instance, occupies a central place in the cerebrovascular network — many other diseases progress to epilepsy before they diverge again into other conditions. Other findings, however, were surprising. Gout, an inflammatory kind of arthritis, was found to play a central role in patients' progression to heart disease. That settles a longstanding debate about whether the two diseases are related, and might help doctors stave off heart disease in patients with gout at an earlier stage. As a next step, the researchers would like to add molecular details, such as genetic data or blood analysis, to the disease flowcharts. Lifestyle information, too, could help "make the trajectories more actionable," says Brunak. He envisions adding such details as income, job history and even what people eat — courtesy of supermarket customer loyalty cards, which in Denmark are linked to the same national identity number as used in the health system. These details could tell doctors with more precision which types of patients are likely to take which routes through the network — and thus how to prevent future illnesses for an individual patient.