Flashback Friday: Why doesn’t the driver get carsick? 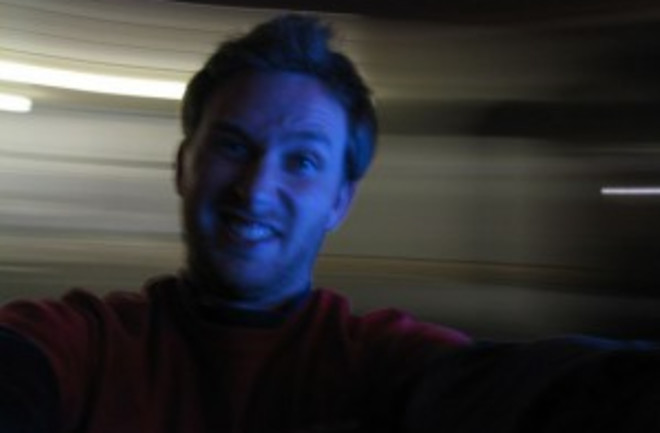 Photo: flickr/barefootboy If you are one of the unlucky who get carsick, you probably know quite well that being the driver is much less nauseating than being a passenger. But why is this the case? Prior to this study, some scientists thought it had to do with mismatching information from different senses (your eyes may say you are not moving, but your body says differently), and some thought it was due to overstimulation of the inner ear. In this study, researchers from the Israeli Naval Hyperbaric Institute separated different aspects of the experience by having pairs of participants sit in a specially built “nauseogenic” rotating car. In some cases, the subjects’ heads were even yoked together using customized helmets (see Figure 1 below), allowing one person to control the head movements and rotations of the other. The scientists found that being in control of movement seemed to be important in reducing motion sickness — with all other stimuli being equal, the passengers still felt sicker. Teacups, anyone? Why is the driver rarely motion sick? The role of controllability in motion sickness. “The central hypothesis of the work is that the dimension of control-no control plays an important role in motion sickness. Although it is generally agreed that having control over a moving vehicle greatly reduces the likelihood of motion sickness, few studies have addressed this issue directly, and the theoretical explanation for this phenomenon is not completely clear. In this study, we equated groups differing in controllability for head movement, vision, activity, and predictability, which have often been suggested in the literature as explanations for the driver’s immunity to motion sickness. Twenty-two pairs of yoked subjects were exposed to nauseogenic rotation. One subject of each pair had control over the rotation and head movements, while the other was exposed passively to the same motion stimulus. Subjects who had control reported significantly fewer motion sickness symptoms and less of a decrement in their well-being, as compared to the yoked subject without control. The results are discussed in relation to Reason’s sensory rearrangement theory and the concept of feed-forward mechanisms in motion perception.” Bonus figure:

The head-yoking and the two-seat rotating device Related content: NCBI ROFL: Study proves driving like an old person is contagious.Does singing along to your favorite songs make you a worse driver?NCBI ROFL: Study finds that watching 3D movies makes 54.8% of people want to vomit.