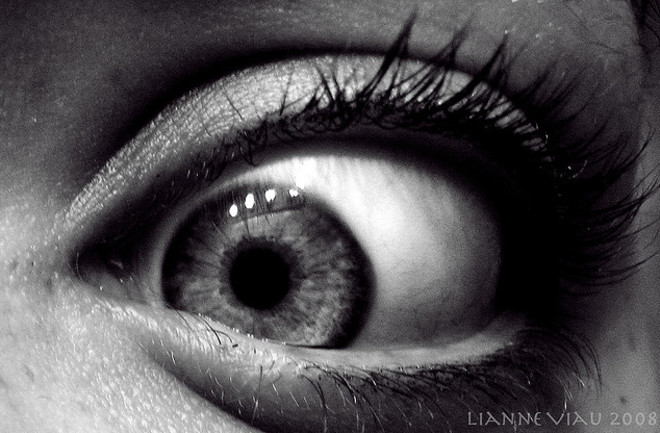 If we've learned anything from the medical literature, it's that weird things can happen to people during sex. We've featured many examples of these odd occurrences, from sneezing during orgasm to stress-related penile fracture. This study is no exception -- it describes a man who goes blind in one eye every time he has sex. His doctors aren't sure of the cause, though they think it's probably due to reduced blood flow to the eye. Perhaps because it's going somewhere else? (wink...wink...)

Transient monocular blindness precipitated by sexual intercourse. "A 66-year-old man complained of recurrent transient monocular visual loss in his left eye during the climax of sexual intercourse... ...The symptoms started 2 months before the patient was first seen by us, recurring invariably during sexual intercourse, two or three times per week. Each attack of blindness lasted 1–2 min, consisting of monosymptomatic complete visual loss of rapid onset in the left eye only (no light perception). Vision remained normal in the fellow eye. The patient stated that each attack was followed by spontaneous complete visual recovery over a few minutes... ...The physiological response to sexual activity includes an increase in sympathetic nervous system activity, heart rate and systolic blood pressure. Our patient experienced transient monocular visual loss every time he reached the climax of sexual intercourse, but never while performing strenuous physical exercise. Hypothetical mechanisms of transient monocular visual loss in our patient include vasoconstriction or embolism in the arterial blood supply of the eye. The repeated and completely transient nature of our patient’s symptoms supports the fact that embolism was not involved, whereas the resolution of the symptoms after initiation of the treatment with the vasodilator enalapril supports vasoconstriction as the cause of transient blindness." Related content: NCBI ROFL: Was Saint Paul struck blind and converted by lightning?NCBI ROFL: Dying with laughter…literally.NCBI ROFL: Bat attack!: an unusual cause of keratouveitis.