Flashback Friday: We are so obsessed with gender, we even assign it to numbers. 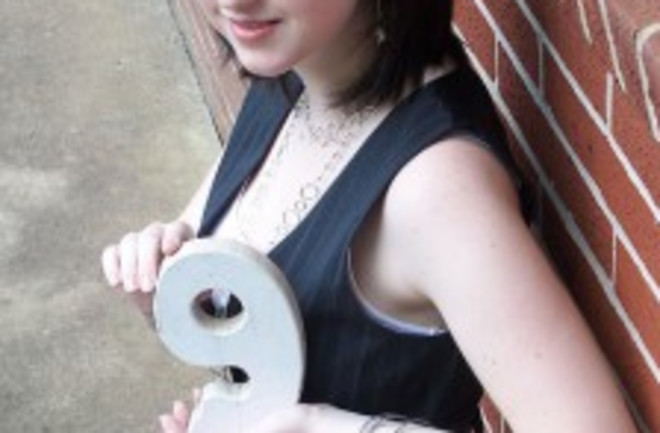 Photo: flickr/Derrick TysonUnlike many other languages, most English words are not innately gendered. But apparently things aren't so simple when it comes to numbers. The authors of this study have spent several years studying whether people perceive numbers as having genders, and whether this perception differs between men and women. Here, they asked college students to rate the masculinity and femininity of different numbers shown on a computer. They found that odd numbers tended to be perceived as male (as well as having the characteristics of being "independent and strong"), while even numbers were perceived as female (and "friendly and soft"). Interestingly, zero was classified as neither male nor female, and women tended to see numbers as more gendered than men. Sorry, lady in the photo -- time to put the 9 down. That number is not for you!

The numerology of gender: gendered perceptions of even and odd numbers

"Do numbers have gender? Wilkie and Bodenhausen (2012) examined this issue in a series of experiments on perceived gender. They examined the perceived gender of baby faces and foreign names. Arbitrary numbers presented with these faces and names influenced their perceived gender. Specifically, odd numbers connoted masculinity, while even numbers connoted femininity. In two new studies (total N = 315), we further examined the gendering of numbers. The first study examined explicit ratings of 1-digit numbers. We confirmed that odd numbers seemed masculine while even numbers seemed feminine. Although both men and women showed this pattern, it was more pronounced among women. We also examined whether this pattern holds for automatic as well as deliberated reactions. Results of an Implicit Association Test showed that it did, but only among the women. The implicit and explicit patterns of numerical gender ascription were moderately correlated. The second study examined explicit perceptions of 2-digit numbers. Again, women viewed odd numbers as more masculine and less feminine than even numbers. However, men viewed 2-digit numbers as relatively masculine, regardless of whether they were even or odd. These results indicate that women and men impute gender to numbers in different ways and to different extents. We discuss possible implications for understanding how people relate to and are influenced by numbers in a variety of real-life contexts." Related content: What’s in a name? Literary and other allusions in biomedical titles.Flashback Friday: Would a rose by any other name smell as sweet?Physicists finally explain why your earphones are always tangled.