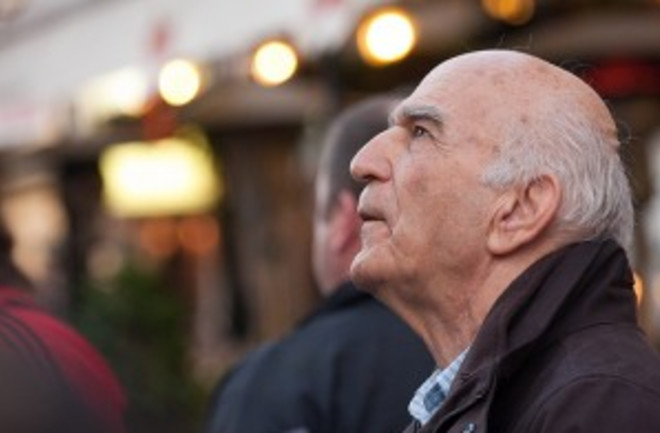 Photo: flickr/artisramsIt's a common stereotype that old people have a ... unique ... smell. According to this study, it's a stereotype for a reason. The researchers first had young participants smell the body odors (collected as described below) of young, middle-aged, and old people. They then asked the participants to rate the odors and tested how well they were able to distinguish between them. Somewhat surprisingly, the participants rated the old-age odors as "less intense and less unpleasant" than the young- and middle-age body odors; however, the participants also had an easier time specifically identifying the old-person odors compared to the other two categories. The authors provide a potential explanation for these results: "In everyday life, the old age odor is experienced in the context of an old individual being present. Odor valence ratings are highly dependent in which on the context they are experienced. A recent study demonstrated that the label assigned to an odor is a very important predictor of the rated pleasantness in that a label can turn an unlabeled neutral odor into an odor perceived as very negative. Thus, it is likely that the body odors originating from the old individuals would have been rated as more negative if participants were aware of their true origin." The smell of age: perception and discrimination of body odors of different ages. "Our natural body odor goes through several stages of age-dependent changes in chemical composition as we grow older. Similar changes have been reported for several animal species and are thought to facilitate age discrimination of an individual based on body odors, alone. We sought to determine whether humans are able to discriminate between body odor of humans of different ages. Body odors were sampled from three distinct age groups: Young (20-30 years old), Middle-age (45-55), and Old-age (75-95) individuals. Perceptual ratings and age discrimination performance were assessed in 41 young participants. There were significant differences in ratings of both intensity and pleasantness, where body odors from the Old-age group were rated as less intense and less unpleasant than body odors originating from Young and Middle-age donors. Participants were able to discriminate between age categories, with body odor from Old-age donors mediating the effect also after removing variance explained by intensity differences. Similarly, participants were able to correctly assign age labels to body odors originating from Old-age donors but not to body odors originating from other age groups. This experiment suggests that, akin to other animals, humans are able to discriminate age based on body odor alone and that this effect is mediated mainly by body odors emitted by individuals of old age."

NCBI ROFL: I'm a lumberjack, and I'm OK, I smell like pine and get chicks all day!

NCBI ROFL: Women can identify men with gonorrhea by their smell.