Flashback Friday: Scientists use MRI to measure precisely how your butt deforms when you sit down. 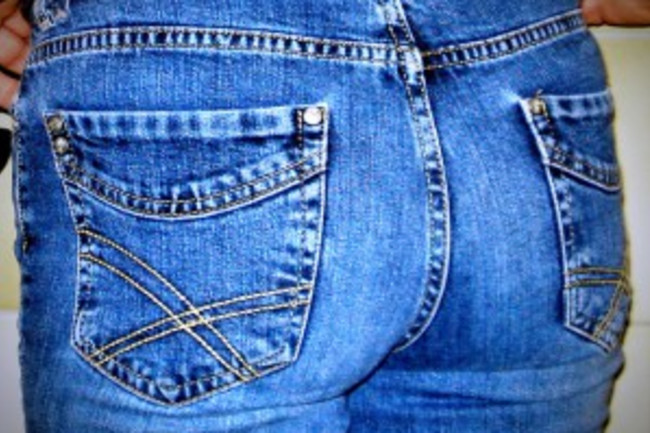 Photo: Flickr/StarAlex1In our beauty-obsessed culture, people spend a lot of time thinking about the shape of their butts. Although humans have developed mirror technology to help us check them out while standing, we have had very little understanding of the shape of our butts when we sit. Until now, that is! This study used MRI to track how one lucky lady’s butt changed shape while sitting either in a chair with a butt-shaped hole, or on a regular cushion. Spoiler alert: sitting made her butt flatter… at least temporarily!3-dimensional buttocks response to sitting: a case report. “AIM OF THE STUDY: The aim of this study was to describe an individual’s 3-dimensional buttocks response to sitting. Within that exploration, we specifically considered tissue (i.e., fat and muscle) deformations, including tissue displacements that have not been identified by research published to date. MATERIALS AND METHODS: The buttocks anatomy of an able-bodied female during sitting was collected in a FONAR Upright MRI. T1-weighted Fast Spin Echo scans were collected with the individual seated on a custom wheelchair cushion with a cutout beneath the pelvis (“unloaded”), and seated on a 3″ foam cushion (“loaded”). 2D slices of the MRI were analyzed, and bone and muscle were segmented to permit 3D rendering and analyses. RESULTS: MRIs indicated a marked decrease in muscle thickness under the ischial tuberosity during loaded sitting. This change in thickness resulted from a combination of muscle displacement and distortion. The gluteus and hamstrings overlapped beneath the pelvis in an unloaded condition, enveloping the ischial tuberosity. But the overlap was removed under load. The hamstrings moved anteriorly, while the gluteus moved posterior-laterally. Under load, neither muscle was directly beneath the apex of the ischial tuberosity. Furthermore, there was a change in muscle shape, particularly posterior to the peak of the ischial tuberosity. CONCLUSION: The complex deformation of buttocks tissue seen in this case study may help explain the inconsistent results reported in finite element models. 3D imaging of the seated buttocks provides a unique opportunity to study the actual buttocks response to sitting.” Related content: NCBI ROFL: Accidental anal intercourse: does it really happen? NCBI ROFL: Hmmm… what should we call this new butt rash? NCBI ROFL: Does ass size correlate with penis length? The answer may surprise you!