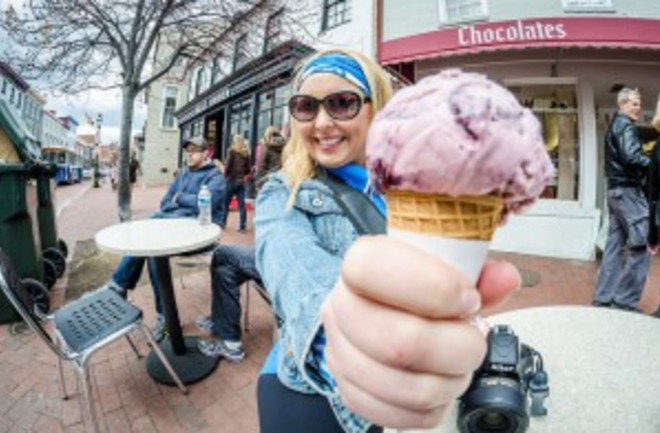 As we've discussed before, ice-cream headache (a.k.a. "brain freeze") is a real phenomenon, and scientists are actively studying it. But before they can understand in detail the physiological events surrounding brain freeze, they must first have a robust way of inducing it. Here, scientists compared two different methods of inducing ice-cream headaches: pressing an ice cube to the roof of one's mouth vs. chugging ice water. It turns out that the ice water gave volunteers more, and worse, headaches that they described as "stabbing pain." Something to (literally) keep in mind the next time you chug a Slurpee.

Experimental provocation of 'ice-cream headache' by ice cubes and ice water. "BACKGROUND: There are various studies on experimentally provoked 'ice-cream headache' or 'headache attributed to ingestion or inhalation of a cold stimulus' (HICS) using different provocation protocols. The aim of this study was to compare two provocation protocols. METHODS: Ice cubes pressed to the palate and fast ingestion of ice water were used to provoke HICS and clinical features were compared. RESULTS: The ice-water stimulus provoked HICS significantly more often than the ice-cube stimulus (9/77 vs. 39/77). Ice-water-provoked HICS had a significantly shorter latency (median 15 s, range 4-97 s vs. median 68 s, range 27-96 s). There was no difference in pain localisation. Character after ice-cube stimulation was predominantly described as pressing and after ice-water stimulation as stabbing. A second HICS followed in 10/39 (26%) of the headaches provoked by ice water. Lacrimation occurred significantly more often in volunteers with than in those without HICS. DISCUSSION: HICS provoked by ice water was more frequent, had a shorter latency, different pain character and higher pain intensity than HICS provoked by ice cubes. The finding of two subsequent HICS attacks in the same volunteers supports the notion that two types of HICS exist. Lacrimation during HICS indicates involvement of the trigeminal-autonomic reflex." Related content: I scream! You scream! We all scream…from ice-cream headaches.The science of melting ice cream.Room for dessert: an expanded anatomy of the stomach.