Flashback Friday: Optimizing the sensory characteristics and acceptance of canned cat food: use of a human taste panel. 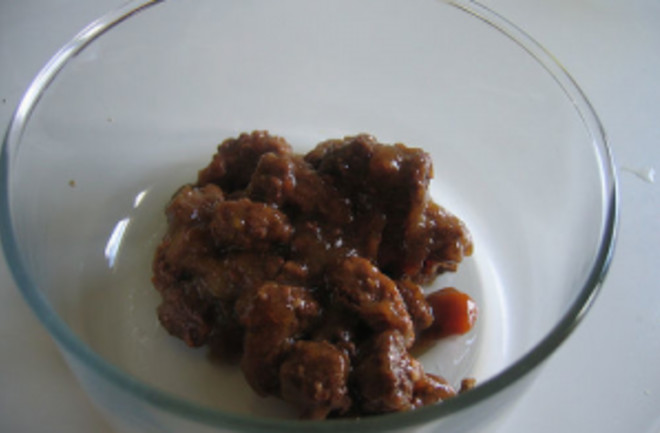 Photo: flickr/SunfoxEver wonder how new cat food flavors are created? Cats don't necessarily make good focus groups (their descriptions of the food leave something to be desired), so these researchers used the next best thing: human tasters. That's right, they hired people to taste canned cat food and describe its flavor attributes, using descriptors like "offaly", "burnt flavor", and "rancid". While this information is useful for optimizing the taste of cat food, the authors do point out that the results are not directly transferable to cats because their sense of taste works differently -- for example, they lack sweet taste receptors. Meow!Optimizing the sensory characteristics and acceptance of canned cat food: use of a human taste panel. "A methodology based on descriptive analysis techniques used in the evaluation of human food has been successfully refined to allow for a human taste panel to profile the flavour and texture of a range of cat food products (CFP) and their component parts. Included in this method is the development of evaluation protocols for homogeneous products and for binary samples containing both meat chunk (MC) and gravy/gel (GG) constituents. Using these techniques, 18 flavour attributes (sweet, sour/acid, tuna, herbal, spicy, soy, salty, cereal, caramel, chicken, methionine, vegetable, offaly, meaty, burnt flavour, prawn, rancid and bitter) and four texture dimensions (hardness, chewiness, grittiness and viscosity) were generated to describe the sensations elicited by 13 commercial pet food samples. These samples differed in intensity for 16 of the 18 flavour attributes, which allows for individual CFP flavour profiles to be developed. Principal components analysis (PCA) could successfully discriminate between samples within the PCA space and also reveal some groupings amongst them. While many flavour attributes were weakly correlated, a large number (describing both taste and retro-nasal aroma qualities) were required to adequately differentiate between samples, suggesting considerable complexity in the products assessed. For both MC and GG, differences between samples for each of the texture dimensions were also found. For MC, grittiness appears to be the most discriminating textural attribute, while for GG viscosity discriminates well between samples. Meat chunks and gravy/gels differed significantly from each other in both flavour and texture. Cat food products differed in their liking ratings, although no differences were found between homogeneous, MC and GG samples, and eight flavour attributes were correlated with overall liking scores. It is now necessary to determine the usefulness and limits of sensory data gathered from human panels in describing and predicting food acceptance and preference behaviours in cats. For instance, while the sense of taste in cats appears generally similar to that of other mammals, they lack a sweet taste receptor (Li et al., 2006), which may limit the applicability of sweetness ratings obtained from humans. Modification of existing techniques used with human food research, such as external preference mapping (Naes and Risvik, 1996) may be useful. Ultimately, this may facilitate more economical and efficient methods for optimizing cat food flavour and texture and predicting the effects of composition and processing changes on cat feeding behaviour. This will require collaboration between pet food manufacturers and nutritionists, animal behaviourists and human sensory scientists. The results of this preliminary study should assist in this process."

NCBI ROFL: Lions at the zoo not roaring enough. What to do?