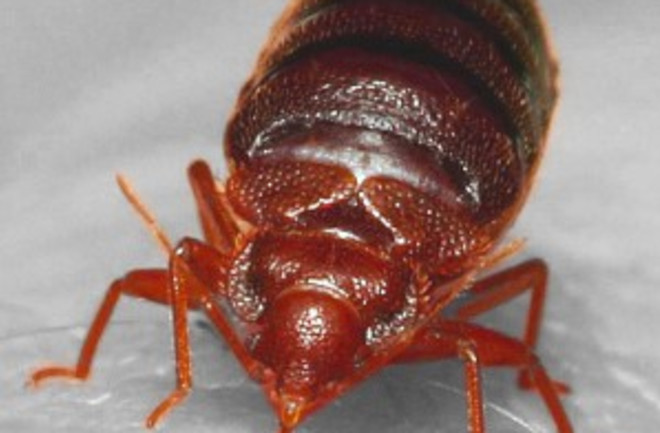 Image: Flickr/AJC ajcann.wordpress.comIf bed bugs are living in your home, they are probably hiding out and waiting to sense the carbon dioxide from your breath to home in on their next blood meal. But how did they get there in the first place? If you haven’t recently picked up a mattress off the street (always a good plan), it’s often assumed that they could have migrated from your neighbor’s place. But how frequent these wanderings are, or if they actually happen, hasn’t been demonstrated… until now! Here, scientists captured bed bugs from infested apartments in New Jersey, painted their backs, released them, and then watched over the next several months to see where the little monsters ended up. It turns out that, yes, bed bugs make the rounds of neighboring apartments, and they can live inside empty apartments for months without a blood meal. And perhaps the worst part? “The estimated number of bed bugs per apartment in the six apartments was 2,433–14,291.” Sleep tight!Mark-Release-Recapture Reveals Extensive Movement of Bed Bugs (Cimex lectularius L.) within and between Apartments “Understanding movement and dispersal of the common bed bug (Cimex lectularius L.) under field conditions is important in the control of infestations and for managing the spread of bed bugs to new locations. We investigated bed bug movement within and between apartments using mark-release-recapture (m-r-r) technique combined with apartment-wide monitoring using pitfall-style interceptors. Bed bugs were collected, marked, and released in six apartments. The distribution of marked and unmarked bed bugs in these apartments and their 24 neighboring units were monitored over 32 days. Extensive movement of marked bed bugs within and between apartments occurred regardless of the number of bed bugs released or presence/absence of a host. Comparison of marked and unmarked bed bug distributions confirms that the extensive bed bug activity observed was not an artifact of the m-r-r technique used. Marked bed bugs were recovered in apartments neighboring five of six m-r-r apartments. Their dispersal rates at 14 or 15 d were 0.0–5.0%. The estimated number of bed bugs per apartment in the six m-r-r apartments was 2,433–14,291 at 4–7 d after release. Longevity of bed bugs in the absence of a host was recorded in a vacant apartment. Marked large nymphs (3rd– 5th instar), adult females, and adult males continued to be recovered up to 57, 113, and 134 d after host absence, respectively. Among the naturally existing unmarked bed bugs, unfed small nymphs (1st– 2nd instar) were recovered up to 134 d; large nymphs and adults were still found at 155 d when the study ended. Our findings provide important insight into the behavioral ecology of bed bugs in infested apartments and have significant implications in regards to eradication programs and managing the spread of bed bugs within multi-occupancy dwellings.” Related content: NCBI ROFL: What does bed bug sex smell like? NCBI ROFL: Traumatic insemination and sexual conflict in the bed bug Cimex lectularius. NCBI ROFL: Early to bed and early to rise: Does it matter?