Flashback Friday: Ever wonder why someone becomes a Republican? (Hint: it's disgusting.) 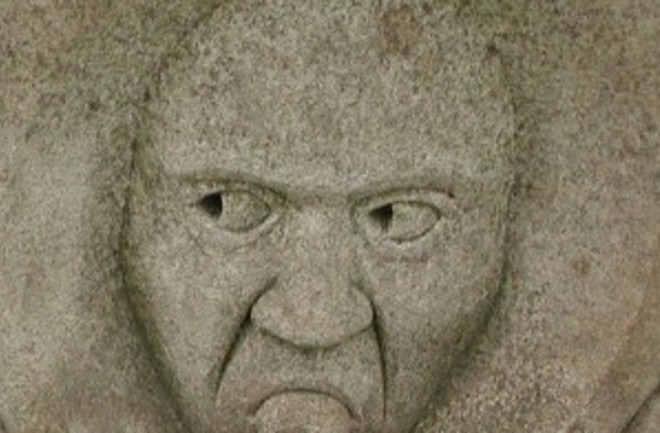 Image: Flickr/Anne-Lise HeinrichsPrevious studies have hinted that our political views may stem from unconscious responses we have to intense stimuli, like disgusting pictures. To directly test this hypothesis, these scientists scanned people's brains while showing them regular or disgusting images (be sure to check out the horrifying list below...if you dare). It turns out that the brain's response to disgusting images could accurately predict whether a person is liberal or conservative. But, even more surprisingly, the subjects' voiced opinions about the images did *not* correlate with their ideologies, suggesting that this response is hard-wired and not under our conscious control. Perhaps we are all robots after all...Nonpolitical Images Evoke Neural Predictors of Political Ideology "Political ideologies summarize dimensions of life that define how a person organizes their public and private behavior, including their attitudes associated with sex, family, education, and personal autonomy. Despite the abstract nature of such sensibilities, fundamental features of political ideology have been found to be deeply connected to basic biological mechanisms that may serve to defend against environmental challenges like contamination and physical threat. These results invite the provocative claim that neural responses to nonpolitical stimuli (like contaminated food or physical threats) should be highly predictive of abstract political opinions (like attitudes toward gun control and abortion). We applied a machine-learning method to fMRI data to test the hypotheses that brain responses to emotionally evocative images predict individual scores on a standard political ideology assay. Disgusting images, especially those related to animal-reminder disgust (e.g., mutilated body), generate neural responses that are highly predictive of political orientation even though these neural predictors do not agree with participants’ conscious rating of the stimuli. Images from other affective categories do not support such predictions. Remarkably, brain responses to a single disgusting stimulus were sufficient to make accurate predictions about an individual subject’s political ideology. These results provide strong support for the idea that fundamental neural processing differences that emerge under the challenge of emotionally evocative stimuli may serve to structure political beliefs in ways formerly unappreciated." Bonus excerpt from Appendix S1:

Related content: Republicans are more easily grossed out than Democrats.