Flashback Friday: Ever wonder how they test condoms? Behold the "laboratory coital model." 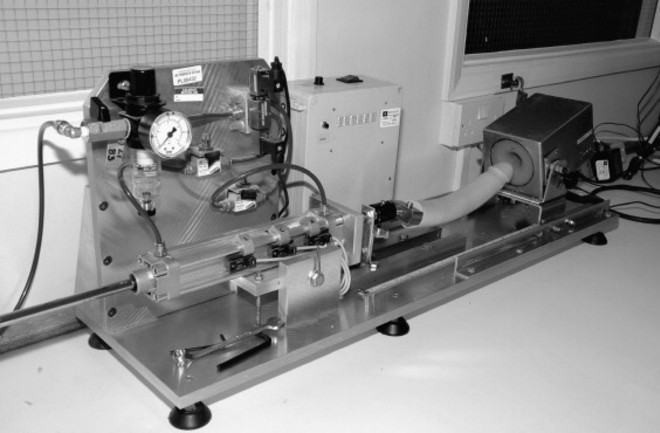 Fig. 1.Coital model at SSL Cambridge Technical Centre. It's probably not surprising that condoms are put through rigorous testing by their manufacturers. And it probably makes sense that the machines used would look...realistic. Here, the makers of Durex condoms report the results of this testing, along with evaluations of returned broken condoms (eww!), over a period of 7 years. They found that most of the breakage that was not due to misuse was due to "blunt puncture," where "the tip of the thrusting male penis progressively stretches one part of the intact condom wall until it ultimately breaks." They are careful to note that this is not a manufacturing defect, but simply due to "the circumstances that arise during an individual act of intercourse."

Male condoms that break in use do so mostly by a “blunt puncture” mechanism.

"BACKGROUND: Published condom breakage studies typically report the percentage of failures but rarely provide any evidence on the mechanism of failure. METHODS: Over a period of 7 years, broken condoms returned to a supplier (SSL, Durex) via consumer complaints were examined to determine the cause of failure. Also, some consumers who reported breakage but did not return condoms were sent a questionnaire on the causes of breakage. Finally, theories proposed for the mechanism of breakage were investigated on a laboratory coital model. RESULTS: Nearly 1000 (n=972) returned condoms made from natural rubber and polyurethane were examined. Visible features on those that were broken, were classified. Evidence combined from examining returns, questionnaire responses and the coital model strongly suggests a single predominant mechanism of failure we named "blunt puncture," where the tip of the thrusting male penis progressively stretches one part of the intact condom wall until it ultimately breaks. CONCLUSIONS: Blunt puncture appears to be the mechanism of breakage responsible for more than 90% of condom breakage not attributable to misuse. Knowledge of the main mechanism of breakage should help develop better user instructions, better test methods and, ultimately, better condoms."