Flashback Friday: Dogs recognize the emotions of other dogs as well as humans 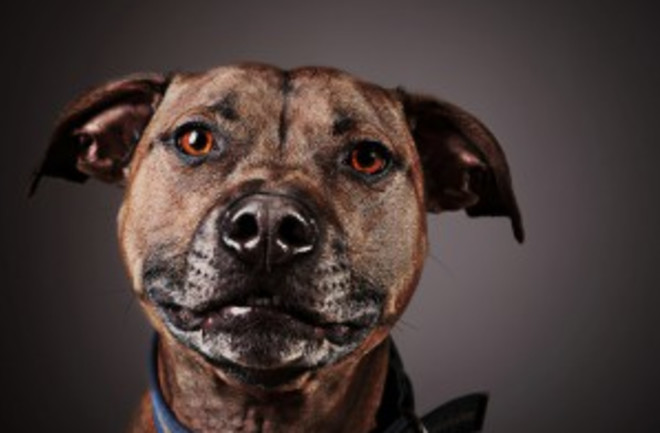 Although many people believe that dogs can read their owners' emotions, it was only recently shown that dogs can visually differentiate between happiness and anger. In fact, they are the first animals shown to discriminate emotions in another species. This study extends this line of research, adding an auditory component—they test whether dogs can match visual and sound representation of emotions. The researchers showed the pooches a face and either a concordant (matching) or discordant sound—for example, a happy face with an angry tone of voice, or a growling dog face with a happy bark. The dogs spent more time looking at the congruent pairs, indicating that they can categorize and integrate multiple emotional cues, a skill previously shown only in humans. (Be sure to check out Figure 1 below for the happy and angry faces used in the study.)

Dogs recognize dog and human emotions "The perception of emotional expressions allows animals to evaluate the social intentions and motivations of each other. This usually takes place within species; however, in the case of domestic dogs, it might be advantageous to recognize the emotions of humans as well as other dogs. In this sense, the combination of visual and auditory cues to categorize others' emotions facilitates the information processing and indicates high-level cognitive representations. Using a cross-modal preferential looking paradigm, we presented dogs with either human or dog faces with different emotional valences (happy/playful versus angry/aggressive) paired with a single vocalization from the same individual with either a positive or negative valence or Brownian noise. Dogs looked significantly longer at the face whose expression was congruent to the valence of vocalization, for both conspecifics and heterospecifics, an ability previously known only in humans. These results demonstrate that dogs can extract and integrate bimodal sensory emotional information, and discriminate between positive and negative emotions from both humans and dogs." Bonus figure from the full text:

(a) Schematic apparatus. R2: researcher, C: camera, S: screens, L: loudspeakers, P: projectors, R1: researcher. (b) Examples of stimuli used in the study: faces (human happy versus angry, dog playful versus aggressive) and their correspondent vocalizations. Related content: Dogs can tell if human faces are happy or angry.Flashback Friday: Do dogs really have a “guilty look”?Shut up and pet me! Dogs prefer petting to vocal praise.