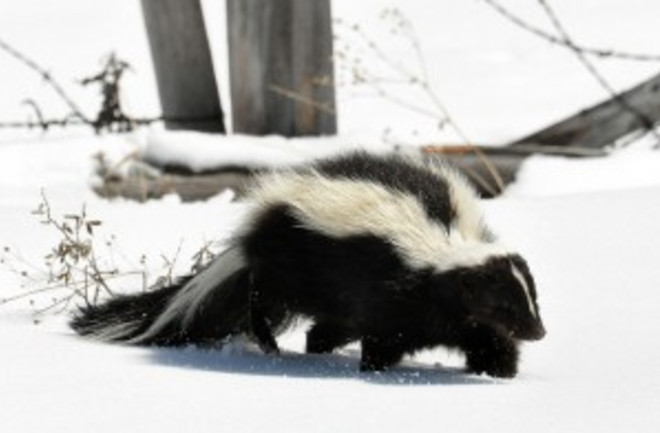 Photo: flickr/Dan DzurisinThis case report reads a bit like a comedy version of CSI. The laboratory involved was asked to identify the source of the biological weapon deployed at a politician's office, home, and car. The foul-smelling compounds caused several staff members to become nauseous and vomit. The scientists got to work, using gas chromatography/mass-spectrometry (GC/MS) to identify the stinky molecules. Turns out it was skunk spray. Ewww!GC/MS based identification of skunk spray maliciously deployed as “biological weapon” to harm civilians. “Our laboratory has been asked to elucidate the origin of a strong “toxic smell” present in a prominent politician’s office, private house and motorcar. This stinky and pungent atmosphere has caused serious nausea and vomiting to several individuals. Urine samples were collected from the persons presenting symptoms of nausea for toxicological analysis. Drops, paper and cotton swabs of an oily liquid found at the implicated places were submitted by police to our laboratory for investigation… Several volatile sulphur-containing compounds have been identified with the HS-GC/MS system. Detailed examination of the spectra as well as GC/MS analysis of commercially available skunk secret allowed us to relate the identified compounds to those present in the defence spray of skunks. No health sequels were observed for any of the persons implicated in this case.”