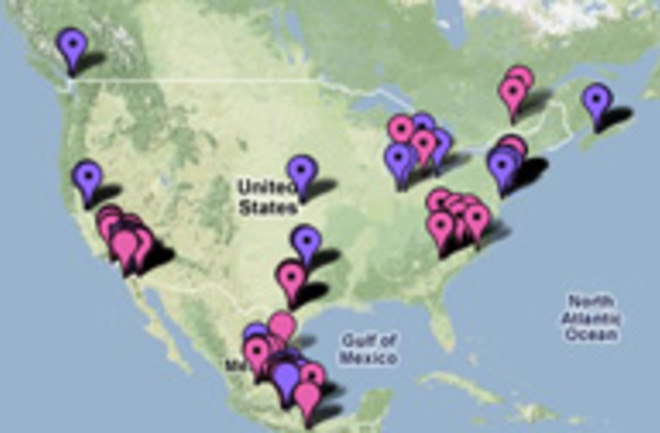 A 23-month-old Mexico child who was staying with relatives in Texas has become the first casualty of swine flu within U.S. borders, the Centers for Disease Control and Prevention announced today.

"I can confirm the very sad news out of Texas that a child has died of the H1N1 virus," the CDC's Dr. Richard Besser said [CNN]

, although officials later added that the child had preexisting health problems. California is also investigating whether a man died from the viral infection. There are now 71 confirmed cases of swine flu in the United States, the CDC reports, and new cases are being investigated across the country, from Los Angeles to Chicago to Orlando, Florida. At the epicenter of the outbreak, Mexico, 159 people have died and at least 1,600 people have been sickened by the flu. But although the virus has been spread by air travelers to other countries, only

a handful of patients in the United States and elsewhere outside Mexico have been hospitalized, and severe complications have been relatively rare. "We still do not have a good explanation for why the pattern of cases in other countries appear relatively mild while the pattern of cases in Mexico appear to be much more severe," said Keiji Fukuda of the World Health Organization [Washington Post].

Health officials say it's possible that some factor other than the virus causes Mexican patients to fare worse, like co-occuring infections, nutritional deficits, or less sophisticated medical care. It's also possible that the virus is weakening as it spreads.

That would not be an unusual evolutionary device, since viruses that are too deadly cannot survive if they kill off their host before being given a chance to spread. "It's fairly common in epidemics to see a trade-off between the ability to cause severe death and transmissibility," says Steven Kleiboeker, a virologist [Time].

But another likely explanation is that

there have been too few cases reported elsewhere to see the full spectrum of disease the virus is causing.... If that is the case, the number of hospitalizations would increase and deaths would probably occur as the virus spreads, even if the proportion of patients who become severely ill is relatively small. During the devastating 1918 Spanish flu pandemic, about 2 percent of patients died, meaning 98 percent recovered. "We could be at that same level and in that ballpark," [says flu expert Frederick Hayden]. "We just don't know" [Washington Post].

inspections were being boosted at U.S. borders and airports, while the national stockpile of antiviral drugs was being activated and should be fully deployed by May 3 [Reuters].

Other countries have taken a range of precautions, from the drastic (Cuba and Argentina banned all travel to Mexico), to the scientifically inaccurate (10 countries have banned pork imports from Mexico or the United States, although scientists say the virus cannot be transmitted by eating pork), to the sensible (many Asian countries are thermally scanning disembarking air travelers to check for high fevers). Related Content: 80beats: As Swine Flu Spreads, Focus Shifts to a Potential Vaccine 80beats: Fears of a Swine Flu Pandemic Increase as the Virus Goes Global 80beats: Deadly Swine Flu Outbreak in Mexico City Prompts Fears of a Pandemic 80beats: Bird Flu in Egypt and Swine Flu in California Raise Guarded Concerns