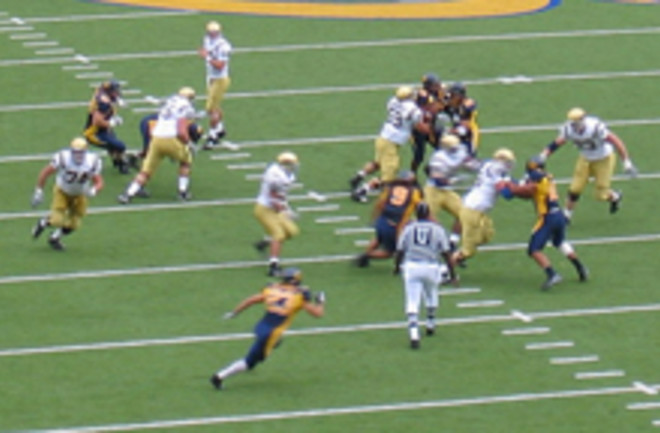 The N.F.L. has maintained for years that if a player suffers a concussion during a football game, then that player is in no danger from returning to the field as soon as his symptoms are gone. However, after much recent criticism about how the league is handling their players' safety, the N.F.L. announced on Wednesday

that it would impose its most stringent rules to date on managing concussions, requiring players who exhibit any significant sign of concussion to be removed from a game or practice and be barred from returning the same day [TheNew York Times]. The rule is based on research showing that concussion symptoms can reappear hours, or even days, after the initial injury. However, the key word in the new guidelines is "significant," and some are questioning whether the N.F.L.'s definition is broad enough.

Under the new rule,

symptoms that require immediate removal include amnesia, poor balance and an abnormal neurological examination, whether or not those symptoms quickly subside [The New York Times]. However, concussion symptoms can often be subtle and range from inability to remember their team's plays to persistent dizziness or headaches. Still, under the new rules, players suffering these symptoms can return to play as long as their ailments are not persistent.

While players are encouraged to be honest with their team's doctors, a professional athletes' competitive spirit often intercedes, and experts worry that players may be temped to either hide or underplay their symptoms in order to get back on the field. Nearly one-fifth of 160 NFL players surveyed by The Associated Press from Nov. 2-15 replied that they have hidden or played down the effects of a concussion

and Kurt Warner, are currently out of action after suffering concussions.