FDA to Cut Nicotine In Cigarettes to 'Non-Addictive' Levels 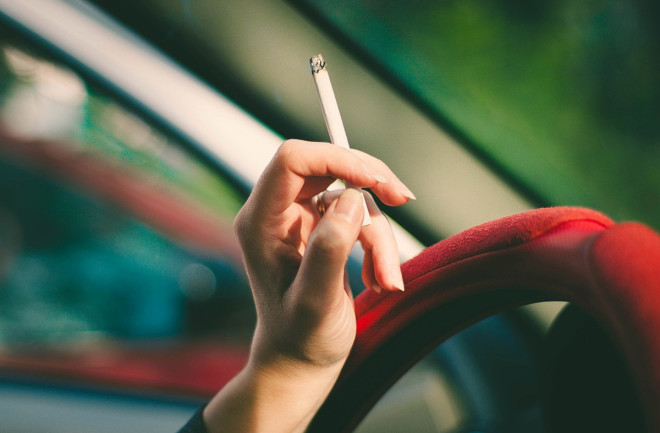 (Credit: Антон Воробьев/Unsplash) The FDA today announced plans to reduce levels of nicotine in cigarettes, a move that is aimed at lowering smoking rates in the U.S. In a press release, FDA commissioner Scott Gottlieb said the move will cut the amount of nicotine in cigarettes to "non-addictive" levels, although he did not specify what that meant. The agency plans to issue an Advanced Notice of Proposed Rulemaking (ANPRM) and establish a period for public and commercial input. "The overwhelming amount of death and disease attributable to tobacco is caused by addiction to cigarettes – the only legal consumer product that, when used as intended, will kill half of all long-term users," Gottlieb said. Most smokers start before they reach the age of 18, and some 480,000 people die every year as a result of tobacco use, according to the FDA.

Cigarette smoking has been going out of fashion for at least a decade, and it's estimated that around 15 percent of adults in the U.S. still smoke—compare that to roughly 40 percent of adults in 1960. It isn't exactly clear what effect reduced nicotine levels in cigarettes would have on smoking habits or addiction levels. The FDA will not regulate levels of nicotine in other substances, and former smokers may simply turn to new forms of tobacco use, such as vaping. While vaping is said to be safer, there are still questions surrounding some of the additives used to give the oils their taste. The FDA has been given the authority to regulate these substances, but the rules haven't yet gone into effect. In the same release, the FDA also announced that the deadline for e-cigarette makers to submit applications for their products has been pushed back to 2022.

Gottlieb, who was previously on the board of e-cigarette maker Kure, said the move is intended to allow companies more time to develop their products and establish themselves in the industry. NJoy, one of the largest e-cigarette makers, declared bankruptcy last fall, and the looming prospect of government regulations has some e-cigarette makers worried. The FDA also plans to look at the many ways nicotine products are made more appealing, such as intriguing flavors and specialty products like premium cigars. Some of the varieties especially attract younger audiences, and Gottlieb said that he hopes these new nicotine policies will ensure that new forms of tobacco aren't implicitly appealing to children, and perhaps push children away from picking up the habit altogether. There's no word yet on when the set of regulations would officially go into place.