Exhaustion is a baffling symptom of anything from sleep deficit to cancer. This doctor had only one hour to solve the case of the weary woman in his Baja village clinic. 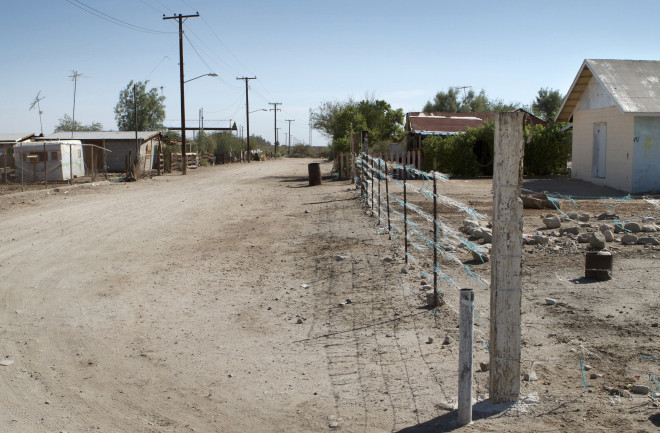 From the exam-room door, I looked past the waiting room, across a dirt road toward shacks baking in the desert heat. It was noon in Baja, Mexico, and we needed to finish up soon to get back to California before sundown.

Our small group of doctors, nurses, translators, and pilots had flown to this little fishing village the day before to run our monthly two-day clinic. Some of the folks we treated had struggled over dusty roads for four hours to get to us.

We had one last patient. A volunteer brought in a woman who, I was told, was in her early thirties. She looked much older. In this part of the world, that is not uncommon. Conservatively dressed, she seemed unfamiliar with the clinic, a bit shy, unsure whether she should sit or stand, not knowing which of us to look at, my translator or me.

Through the translator I learned that my patient, Maria, felt very tired. She had been feeling that way for a long time. She had seen a local practitioner about it once before, about a month earlier.

“He told me I had anemia,” Maria offered. Looking at her, I had my doubts.

“How did he determine this? Did he do a blood test?” I asked.

“No,” Maria replied, shaking her head. “He looked at my eyes.”

Sometimes an astute clinician can pick up on anemia by noting pale coloration on the inner surfaces of the eyelids. But you’ve got to be pretty low in hemoglobin for this effect to be noticeable. Frankly, Maria did not look anemic to me.

I had no way of knowing who or how skilled the practitioner she’d seen was—a doctor, a shaman, or just some guy who set up shop and started treating people here in the Mexican outback.

“Did he give you a medicine for the problem?” I asked.

Anemia, or low red blood cell count, can certainly make someone feel tired. The most likely cause of anemia in young women is iron deficiency due to menstrual blood loss, but Maria had noted no change in her menstrual pattern. There was no other bleeding, either. And she had never been anemic before.

Here at the clinic, where we were happy to have running water and electricity for part of the day, that kind of testing was out of the question.

My skepticism increased after I examined Maria, who lacked pallor, rapid heart rate, or any other sign of significant anemia. I knew there was no substitute for a blood test to establish the diagnosis, but there was no way to do that at this clinic. I relied on what experience was telling me: Fatigue serious enough to have brought this apprehensive young woman to me was unlikely to be due to mild anemia. So what was really going on?

A Menu of Miseries

Fatigue is one of the most common symptoms in medicine, attributable to problems ranging from sleep deficit to cancer. When a patient offers no symptoms other than tiredness to point the medical mind toward a particular organ system, a physician is obliged to comb through the entire gamut of symptoms with the patient, system by system. As I often tell my students, “When the symptoms point nowhere, you have to look everywhere.”

So we worked our way through the list—the menu of miseries, as I sometimes call it—but by the time we got to the end, nothing revealing had surfaced. At this point I would ordinarily consider blood work, X-rays, and other tests to try to sort out the puzzle.

But here at the clinic, where we were happy to have running water and electricity for part of the day, that kind of testing was out of the question. Besides, the nearest laboratory and radiology facilities were more than five hours away, on the other side of the peninsula, and the van would be here soon to take us out to the airstrip.

I looked at my patient again, this weary young woman, and realized she had not been making eye contact with me. She wasn’t really looking at the translator, either. It struck me that what I had mistaken initially for shyness, or perhaps nervous deference to a medical authority figure, was an aura of sadness.

Her face was drained of emotion. Her slumped shoulders, the absence of gestures as she spoke, and the lack of animation in her voice all amounted to a flattened affect. You didn’t have to be fluent in Spanish to sense that. A red flag began to flutter in my mind. I asked the translator to ask Maria how things were going at home.

Clearly it wasn’t modesty that had caused Maria to wear long sleeves on a hot day.

In a matter-of-fact tone, Maria shared that she had two young children, the youngest less than 1 year old. They were healthy, but they were a lot of work. Her husband provided little help in taking care of the household or the kids. He drank more than Maria thought he should. She said she was feeling overwhelmed. When I asked her if she often cried, she nodded.

“Sometimes people who feel terribly sad all the time wish they could just end it all,” I said. “Have you ever felt like that?”

Maria answered me by pulling up the sleeves of her blouse to show us healing lacerations, perhaps two weeks old, across both wrists. The scars were clean and free of infection. Gently I asked, “Did you do this?” She stared at a spot on the floor somewhere between the translator and me, and I heard her softly answer, “Sí.”

She had let us in on her secret. Her desperate need to be free of the way she was feeling had overcome her sense of responsibility to be there for her children—for a brief period, at least.

Clearly it wasn’t modesty that had caused Maria to wear long sleeves on a hot day. And now we knew why she felt tired.

Unlike some who wouldn’t hesitate to share stories about their psychiatrist, people living with mental illness in rural cultures, especially in the developing world, must often bear the added burdens of shame and guilt.

Social stigmas attached to psychiatric problems, the result of superstition and prejudice, force mental illness into hiding. This was the reason Maria had waited to be the last patient to be seen that day—so she would be less likely to encounter neighbors and friends who might confront her with uncomfortable questions.

Unshakable feelings of sadness, low self-esteem, and loss of interest in pleasurable things are all typical of depression; so are physical complaints, like disrupted sleep, loss of appetite, and fatigue. And in the developing world, it is these latter complaints, suggesting a socially acceptable physical disorder rather than a psychological one, that are offered up by depressed patients for the doctor’s consideration.

Thus, recognizing depression, a diagnosis all too often missed in the first world, becomes even more challenging among populations that are poor, isolated, and uneducated.

So what could I offer this suicidally depressed mother of two who lived far from any kind of professional psychiatric support? Not much, unfortunately, but maybe enough. I first explained to her what I thought was wrong. I wanted to dispel some of the widespread misconceptions about psychiatric illness, which I was certain her upbringing had embedded in her.

She needed to know that this was not her fault, that she was not weak or somehow damaged, that this was a common illness, and that she would get over it. And because I earnestly wanted her to understand and accept what I was telling her, to add weight to my words I even pulled out that old bit of snake oil: “Trust me, I’m a doctor.”

From the clinic’s stock of donated drugs, I prescribed an antidepressant medication to Maria. What I didn’t have to offer her was a place to go for counseling or ongoing psychiatric care.

Maria had come to the clinic alone, but she had a sister and a close friend. I urged her to discuss what we had told her with these people—that this was an illness, and that the doctor had given her medicine to help her. She nodded.

I searched her face for some brightening of her aspect. Maybe she understood. Maybe I was expecting too much too soon. I asked her to return to the clinic next month for a follow-up visit so a doctor could see how she was doing. I hugged her and again reassured her that she would get over this.

In less than an hour, I was looking down at the majestic Sea of Cortez from 5,000 feet, heading home.

Two months later, a colleague told me that Maria had come back to the clinic. She was feeling much better and had requested refills of the medication. Her improvement reaffirmed a lesson I often share with my students. Serious, even life-threatening illness doesn’t always require high-tech tools to diagnose. Sometimes all it requires is an ear. Listen to your patient—she’ll tell you what’s wrong.