Evolution Seals the Case Against a Man Who Knowingly Spread HIV 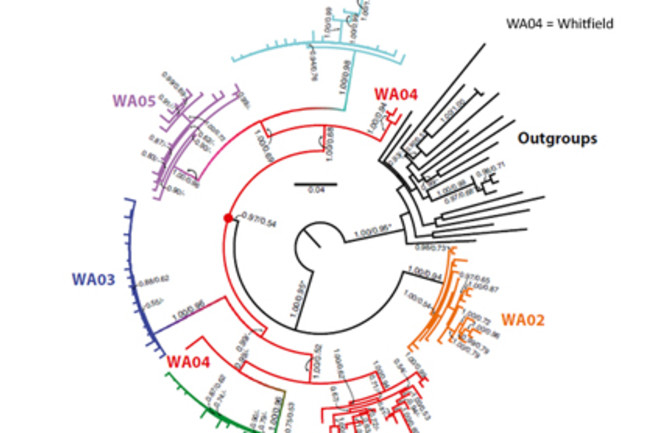 Anthony Eugene Whitfield is currently serving a 178-year prison sentence for, among other things, knowingly infecting several sexual partners with HIV. But how do you prove that the women in question contracted the virus from him? From Ed Yong:

To demonstrate Whitfield’s guilt, the prosecution had to show that he had wilfully exposed women to HIV, that his five HIV-positive partners contracted their infections from him. Fortunately, David Hillisfrom the University of Texas and Michael Metzker from Baylor College of Medicine knew exactly how to do that. They had evolutionary biology on their side.

Hillis and Metzker knew that HIV is a hotbed of evolution. The bodies of HIV carriers produce around a billion new virus particles every day, and their genomes change and shuffle at furious speeds. But when infections pass from one person to another, this viral variety plummets. Thousands of genetically distinct viruses might jump into a new host, but usually, only one of these managed to gain a foothold and set up a new infection. Every time it moves from host to host, HIV passes through a genetic bottleneck and that provides a massive clue about who passed an infection to whom.

For great detail on how the scientists built these HIV trees and used them in the case against Whitfield, as well as what it means for the future of prosecution, read the rest of this post

80beats: HIV’s Primate Precursor Is Very Old. Why Did It Jump To Humans So Recently?