Everything Worth Knowing About ... Medical Imaging

Getting inside your head (and other parts). 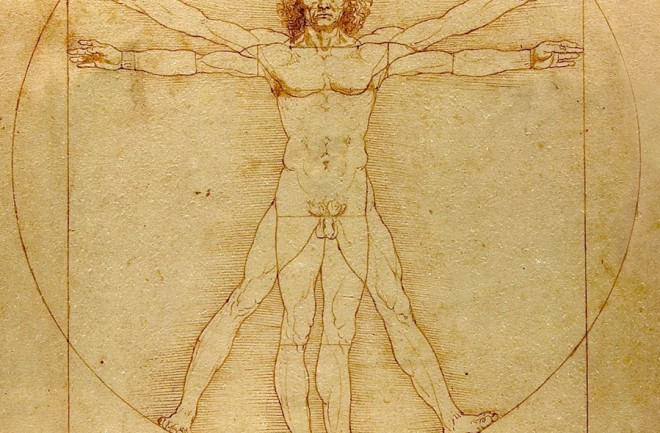 Medical imaging, at its very core, is about your very core. It allows physicians to view anatomical structures throughout your body to find disease or injury — or better yet, rule them out.

This function is so basic to medical practice that The New England Journal of Medicine named body imaging one of the most important developments of the previous millennium. And just look how far we’ve come.

BACKGROUND: Human dissections were taboo in ancient Greece, the birthplace of Western medicine. That changed briefly after the founding of Alexandria, a heady time and place for cultural and scientific exploration. When the ban on human dissections was lifted for a few decades, a doctor named Herophilus opened up hundreds of bodies and made detailed observations, all of which were lost when fire destroyed the famed Library of Alexandria. Herophilus’ works are now known only through the writings of later physicians and historians. Human dissections and detailed descriptions of our innards didn’t start back up until the 14th century; the first illustrated printed medical book was published in 1491.

WHAT THEY DO BEST: In real life, human tissues are not so neatly color-coded as they are in such iconic texts as Gray’s Anatomy, and they can be extraordinarily difficult to distinguish. Even today, these detailed descriptions and drawings are important for teaching foundational anatomy.

BACKGROUND: German physicist Wilhelm Röntgen was experimenting with an electron beam tube when he noticed a superimposed outline of the bones in his hand on a nearby photographic plate. He replicated the accident, this time imaging the bones of his wife’s hand, complete with her wedding ring. In 1901, he won a Nobel Prize in Physics for the discovery of what were then called Röntgen rays — though he called them X-rays because their source was originally a mystery. We now know they’re part of the same electromagnetic spectrum as visible light, albeit at a higher frequency.

These days, medical X-rays come in multiple formats: plain film used in dental exams and doctors’ offices; fluoroscopy, which bounces a continuous X-ray beam off contrast agents you’ve either injected or ingested, providing a moving real-time image of arteries and intestines; and the computed tomography (CT) scan, which couples a powerful computer with a circular array of extremely sensitive detectors to turn X-rays into detailed cross sections of the body. Additional software can make these images into 3-D studies of even the most intricate structures.

WHAT THEY DO BEST: “For the easy stuff, like looking for broken bones or pneumonia, plain X-rays are very good,” says Elliot Fishman, director of diagnostic imaging and body CT at Johns Hopkins in Baltimore. “They’re cheap, easy to use and readily available worldwide.”

BACKGROUND: Although the concept has been used for hunting enemy submarines since the 1930s, the application of sound for medical diagnoses only began in 1942. University of Vienna neurologist Karl Dussik measured ultrasound transmissions through patients’ heads in an attempt to locate brain tumors. Medical ultrasound works on the same principles that whales and bats use every day: High-frequency sound waves cross into your body, some pass through and some bounce back, depending on what they strike. A receiver picks up any reflections and translates the signal into images. Basic ultrasound machines produce grainy, flat, black-and-white images. More complex models create colorized 3-D images.

WHAT THEY DO BEST: Ultrasounds are perhaps best known for monitoring the growth of a fetus, but they have many other uses. Since sound travels differently in fluids than it does in solids, sonograms show the contrast between soft tissues and harder particles. “If you’re looking for stones, the first study you’re going to ask for is an ultrasound,” says Fishman. Whether in a kidney or a gallbladder, the denser stones jump out against the surrounding organs, which are mostly fluid. Ultrasounds are also one of the only ways to get a moving image, which makes them useful for viewing an active fetus or a beating heart.

BACKGROUND: In 1971, while contemplating the hamburger he was eating, American chemist Paul Lauterbur had an epiphany about how to use a magnetic field and radio waves to create images of living tissues. In 2003, Lauterbur shared a Nobel Prize with British physicist Peter Mansfield, who helped develop the technology known as magnetic resonance imaging.

MRIs work by tapping into an astonishing phenomenon: When placed in a powerful magnetic field, the hydrogen atoms in water molecules behave like small bar magnets. If you provide energy in the form of radio waves, these tiny magnets can switch orientation and give off a resonance frequency that changes predictably based on the strength of the magnetic field. Small variations in the field strength produce highly differentiated signals that can be used to collect spatial information.

WHAT THEY DO BEST: MRIs don’t generate radiation. “That’s an advantage, particularly in younger patients, who are more sensitive to the effects of radiation,” says Fishman. Because of its ability to finely tune the signals it generates, an MRI can also show softer, more intertwined tissues — such as in the brain, spinal cord and musculoskeletal system — in rich detail.

INVENTED: It’s been an incremental process that started in the late 19th century, moved into clinical use in the 1950s and really came of age in the 1980s.

BACKGROUND: The origins of nuclear medicine involve at least a dozen scientists working on different aspects of the technology over a century, culminating in a surge of diagnostic machines in the 1980s and ’90s. Nuclear medicine includes equipment and techniques such as positron emission tomography (PET), gamma cameras and single-photon emission computed tomography (SPECT). You inhale, inject or swallow small amounts of radioactive material chosen to illuminate a specific organ, tissue or system. The machines measure how those compounds are absorbed (or not) and processed by specific tissues, and then turn that information into images.

WHAT THEY DO BEST: Nuclear medicine is most often used in oncology, says Fishman. Because cancerous tumors grow so quickly, they need lots of energy. That increased metabolism shows up as a flare on a nuclear scan. Because it looks for a process, not a part, nuclear medicine is particularly good at showing whether or not cancer has metastasized to a distant site, such as from the lungs to the brain.

[This article originally appeared in print as "Medical Imaging."]