Europe Could Have Been More HIV Resistant, If Not for the Romans 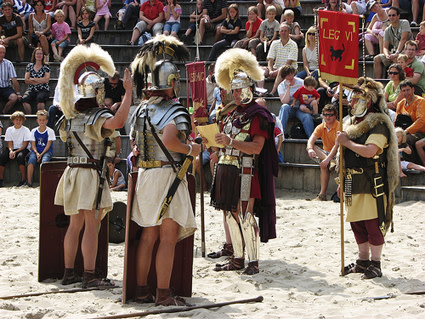 A millennium and a half after the fall of their empire, ancient Romans might still be wreaking havoc on the European continent. On average, Northern Europeans are more resistant to HIV infection and take longer to develop AIDS than Southern Europeans, and French researcher Eric Faure thinks that represents the legacy of the Roman Empire, strangely enough. There's a gene variant in question, called

which produces proteins that the HIV virus has trouble attaching to. But while in some areas of Northern Europe 15 percent of people carry this gene variant, only 4 percent of Greeks have it. In fact, if you look at the distribution of places where few people carry the gene, Faure says, the map looks suspiciously like that of the extent of Roman rule. But Romans didn't necessarily intermix with their colonists that much, according to Faure, so how did their lack of CCR5-Delta32 spread across Southern Europe? He says it's possible that Romans introduced a disease that hit people who carried the HIV-resistant gene variation especially hard and reduced their numbers. The conquerors also introduced domesticated animals like cats and donkeys across their territory, and those animals can spread disease to humans. This finding isn't definitive, and other hypotheses about the gene variation exist. But when ancient Romans nicknamed theirs "the eternal city," they probably couldn't imagine how many places their legacy would turn up.