Effective Antibiotics Have a Silver Lining—Literally 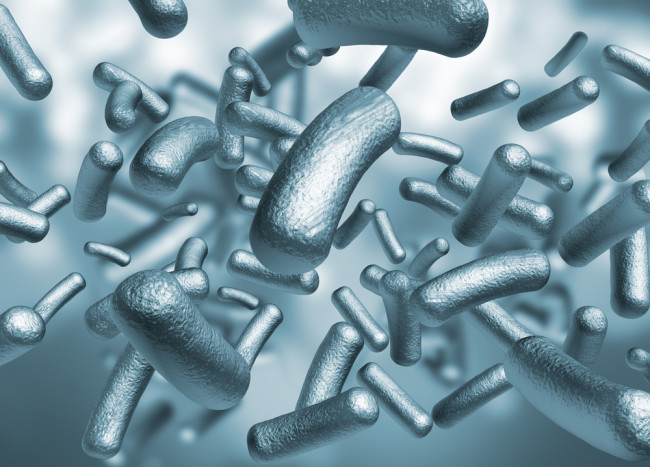 Silver has been used as an antibiotic since the days of Hippocrates, but during the past few thousand years of its use, doctors never really knew how it worked. Researchers now say they may have the answer, and it could lead to better drugs to treat infections and reduced antibiotic resistance. Antibiotic resistance is running rampant these days. More and more bacteria strains are evolving to beat our treatments, allowing infections to persist and wreak havoc on our health. The trickiest types of infections are those that involve Gram-negative bacteria. These strains, which include E. coli and Salmonella, have an almost impermeable cell wall that protects them from antibiotics. This is why illnesses like meningitis and urinary tract infections can be tough to get over. Researchers at Harvard and Boston Universities studied the antibiotic mechanisms of silver. They conducted a series of experiments with E. coli in petri dishes and in live mice suffering from urinary tract infections to see how the precious metal kills Gram-negative bacteria. Their findings revealed that silver stages a multi-targeted attack on even the best-armed bacteria, breaking down their cell walls and increasing their production of reactive oxygen species (ROS). An increase in ROS molecules, as a result of traditional antibiotics or silver, triggers bacterial cell death. To make such treatments even more effective, researchers combined silver with other antibiotics. The silver acted as a sort of Trojan horse, delivering the treatment inside the cells' fortresses where it could do more damage to bacterial cells. The result was that antibiotics plus silver were 10 to 1,000 times more effective at fighting infections in mice than antibiotics alone, according to the results

published this week in Science Translational Medicine. Even antibiotic-resistant strains fell prey to the drugs when paired with silver. What's more, the addition of silver made antibiotics effective against new targets. The powerful antibiotic vancomycin is normally used for difficult-to-treat infections like MRSA (a strain of Staphylococcus infection) and other drug-resistant Gram-positive bacteria. The antibiotic doesn't do much against Gram-negative microbes, but with the addition of silver, this drug was able to wipe out an E. coli infection in mice. The researchers say silver may enable existing antibiotics to treat a wider range of infections, including those in which they previously had no effect. And because silver attacks more than one of the bacterial cells' defenses, it makes the bacteria less able to develop resistance to the treatment. Since only trace amounts of the precious metal are required for it to be effective, treatments shouldn't break the bank either.